Florida is having a moment as a writers' muse. • The Sunshine State's sketchy side has long been an inspiration for crime novelists, but this spring all sorts of writers are publishing books with Florida connections. • One magnificent example is Jack... 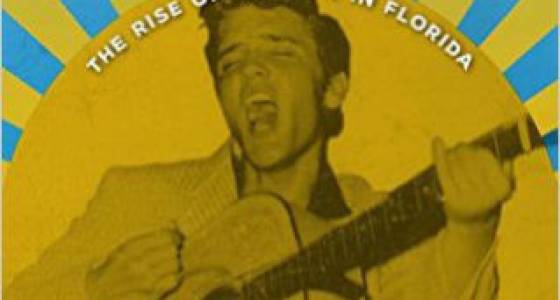 Florida is having a moment as a writers' muse. • The Sunshine State's sketchy side has long been an inspiration for crime novelists, but this spring all sorts of writers are publishing books with Florida connections. • One magnificent example is Jack E. Davis' The Gulf: The Making of an American Sea. • Coming up in the next three months are these 11 books, which are by Florida writers, about Florida or both. Many will be reviewed in these pages.

Elvis Ignited: The Rise of an Icon in Florida

Orlando author and journalist Kealing chronicles Elvis Presley's 1955-56 concert tour of the state, which rocketed him to world fame, as well as the filming of Elvis' 1961 movie Follow That Dream in Florida.

In his 24th novel about marine biologist and black-ops agent Doc Ford, Sanibel resident White plunges Doc and his sidekick Tomlinson into a case involving a long-ago murder, venomous marine creatures, a member of Parliament and a possible curse.

This is Heffernan's second novel about the "Dead Detective," Harry Doyle, a Pinellas County homicide detective, who in this book investigates a series of murders that lead back to the intensely secretive Church of Scientology.

This memoir-in-essays by a Pinellas County native takes a literary and personal look at everything from tattoos to Amway, from the founder of the Suncoast Seabird Sanctuary to the mayor of Williams Park.

Eckerd College history professor Irby has published several novels, but this one, a darkly comic thriller about a failed writer with a peculiar relationship to the truth, who may or may not have killed some people, takes it all up a notch.

By Connie May Fowler (Twisted Road)

When the Deepwater Horizon oil rig exploded in 2010, spewing 4.9 million gallons of oil into the Gulf of Mexico, novelist Fowler (Before Women Had Wings) lived in an idyllic spot on the nearby coast called Alligator Point. This memoir recounts her devastating loss and abiding love of the natural world.

This thriller isn't set in Florida, but Pinellas County resident Unger is one of the most popular (and bestselling) authors in town. Her fans will dive into this stand-alone novel about two women recovering from violent crimes whose lives converge.

Tallahassee resident VanderMeer hit bestseller lists with his strange and immersive Southern Reach Trilogy. This futuristic science fiction novel is about a woman named Rachel who lives in a city reduced to ruins by biotechnology gone wrong.

Jimmy Buffett: A Good Life All the Way

No, Buffett wasn't born in Florida, and he hasn't lived here in a long time, but we'll always have Margaritaville. This biography turns a spotlight on the singer-songwriter's formative years in Key West, based on interviews with many of his co-conspirators.

Unlike his last two novels, this one isn't set in Florida, and Lehane himself, a longtime St. Petersburg resident, has moved to California. But I'm grandfathering this novel in because a sleek modern thriller with a female narrator is a real shift in gears for him, and because hey, he's Dennis Lehane.

Now a writing teacher at Wesleyan University, Reed was a reporter for the then-St. Petersburg Times early in her career. She's an accomplished and prolific author of science fiction and fantasy. This new novel sets a paranormal Southern Gothic tale in Jacksonville.