'Flip or Flop' star reveals how she told daughter about divorce

Despite appearing with each other at a current summit in Las Vegas, "Flip or Flop" hosts Tarek and Christina El Moussa are nevertheless headed toward divorce. Christina El Moussa not too long ago opened up about how she told her 6-year-old daughter Taylor... 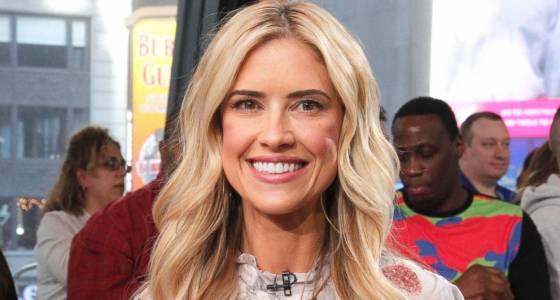 Despite appearing with each other at a current summit in Las Vegas, "Flip or Flop" hosts Tarek and Christina El Moussa are nevertheless headed toward divorce.

Christina El Moussa not too long ago opened up about how she told her 6-year-old daughter Taylor about her divorce.

The estranged couple, who are divorcing soon after seven years of marriage, are also parents to an 18-month-old son,Brayden.

"We just tried to be truly vague [initially]," Christina El Moussa told People today magazine. "We’re often remodeling our property or the yard, so when I moved out with the little ones temporarily, we didn’t seriously get into it, and she didn’t ask."

Still, it wasn't extended ahead of her eldest kid realized what was taking place and even asked about the possibility of reconciliation, Christina El Moussa, 33, stated.

"Taylor asked if we could get back together," El Moussa revealed. "We had to explain that occasionally couples get divorced but that she and Brayden are our quantity one particular priority. We’ll always be a loved ones."

"Tarek and I are mates and we have a lot of assistance from our family members," she added then.

The El Moussas very first addressed their split final December, telling ABC News in a statement at the time that they had seasoned "challenges in their marriage." The estranged couple also confirmed that police had come to their dwelling last year "in an abundance of caution," but added, "there was no violence and no charges were filed."

ABC News corroborated that facts with nearby police.

The former couple is at the moment filming season 7 of their hit HGTV series, "Flip or Flop."