Famagusta 15°
few clouds
BUSINESS EDUCATION ENTERTAINMENT HEALTH POLITICS SCIENCE SPORTS TECHNOLOGY
10:22 Four Benefits of Hiring a Dedicated Development Team
04:48 Mark Kelly, President of Safety Marking Inc., Discusses Structuring Effective...
17:58 Trump wants to play golf at the Biden swearing-in in Scotland - but is...
17:54 First doubts Regarding tightened Steps: two National Countries Extract...
10:39 Covid-19 : in France, the end of containment and entry into force of the...
04:34 The schools of Rome will use the Internet with light bulbs: what it is...
10:58 Kratom Tea: How Is It?
11:46 Office Furniture Products for you!
12:17 Top Clubs, Their Value, Revenue And Current Standings
11:14 Reasons Why Rewarding Yourself is a Good Practice
BIST
1529
GOLD
440.619
USD
7.4047
GPB
10.0970
EUR
9.0154
Breaking News
Which Cake Flavours Do Americans Like Most?
Close

CaptionCloseLOS ANGELES (AP) — Five facts about Sunday's 89th Annual Academy Awards:IT'S AN HONOR TO BE NOMINATED: But after 21 nominations, it would be nice for sound mixer Kevin O'Connell to finally win. The most nominated artist without a win,... 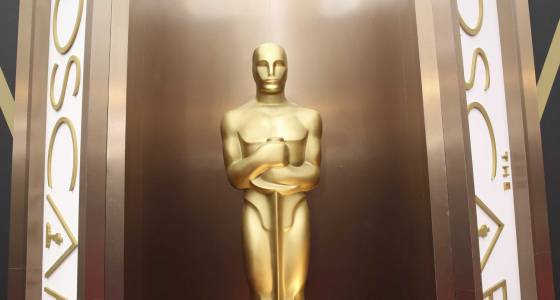 IT'S AN HONOR TO BE NOMINATED: But after 21 nominations, it would be nice for sound mixer Kevin O'Connell to finally win. The most nominated artist without a win, O'Connell has another chance this year for his work in "Hacksaw Ridge."

HOST WITH THE MOST: It's Jimmy Kimmel's first time hosting the Academy Awards, though he's handled the Emmy Awards twice. Bob Hope hosted the most Oscar shows with 19 appearances.

PRESS HERE: The Oscars are broadcast around the globe, and reporters from all over the world come to Hollywood to take on the task. The film academy has issued more than 1,600 press credentials for the 89th annual Academy Awards. Stars arriving on the red carpet will be posing for more than 70 photographers.