Rashad Jennings' former Giants teammates include Eli Manning, Odell Beckham Jr. and Jason Pierre-Paul. His next stop will include Olympian Simone Biles, Mr. T and actor Chris Kattan. According to E! News, Jennings will be part of 'Dancing With the... 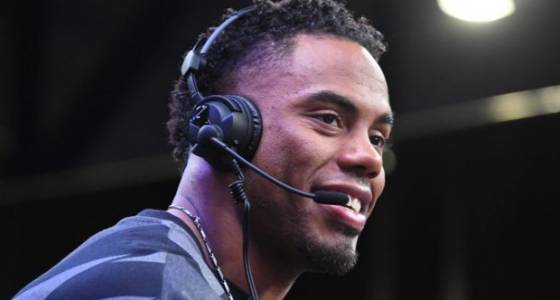 His next stop will include Olympian Simone Biles, Mr. T and actor Chris Kattan.

According to E! News, Jennings will be part of 'Dancing With the Stars' Season 24 on ABC.

Jennings, released by the Giants in February, is currently a free agent. The 31-year-old spent three seasons in New York. From 2014-2016, Jennings totaled 2,095 yards and averaged 3.9 yards per carry for the Giants. In seven NFL seasons, the former seventh-round pick has tallied 3,722 yards.

According to the report, Jennings will join a cast that features the following celebrities:

ABC will announce the full cast for Season 24 on the March 1 edition of Good Morning America.

Jennings: 'I've got chip on my shoulder'