Emma Watson No Longer Allows Fans To Take Selfies With Her: Find Out Why

“Beauty and the Beast” star Emma Watson is done having her photos taken with fans. It’s not because the actress is snobbish. Rather, she just wants to protect her privacy.Watson recently told Vanity Fair that she wants to spend time with her fans,... 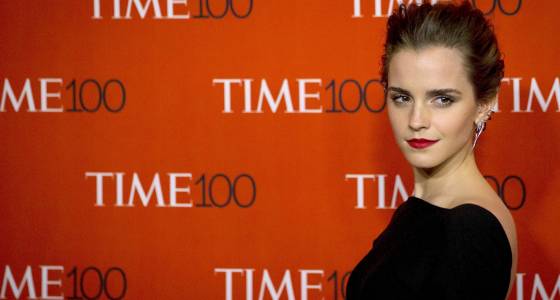 “Beauty and the Beast” star Emma Watson is done having her photos taken with fans. It’s not because the actress is snobbish. Rather, she just wants to protect her privacy.

Watson recently told Vanity Fair that she wants to spend time with her fans, just as long as no photo-taking will be involved. “For me, it’s the difference between being able to have a life and not. If someone takes a photograph of me and posts it, within two seconds they’ve created a marker of exactly where I am within 10 meters,” she said. “They can see what I’m wearing and who I’m with. I just can’t give that tracking data.”

What she’ll allow fans are some autographs and some questions. “I’ll say, ‘I will sit here and answer every single Harry Potter fandom question you have, but I just can’t do a picture,’” she said. "I have to carefully pick and choose my moment to interact … When am I a celebrity sighting versus when am I going to make someone’s freakin’ week? Children I don’t say no to, for example.”

Watson, who shot to fame after starring as Hermione Granger in the “Harry Potter” series, has always striven to be a good role model to girls everywhere. The actress hopes her character, Belle, from “Beauty and the Beast” will be the same.

“That’s the kind of woman I would want to embody as a role model, given the choice. There’s this kind of outsider quality that Belle had, and the fact that she had this really empowering defiance of what was expected of her,” she told Total Film.

Watson even found a lot of similarities between Belle and Hermione, and that is why she “connected” with her new character.