Black women tend to get more aggressive forms of breast cancer than white women, according to international research — and the disease tends to strike at a younger age. As a result, black women like myself are more likely to suffer serious consequences,... 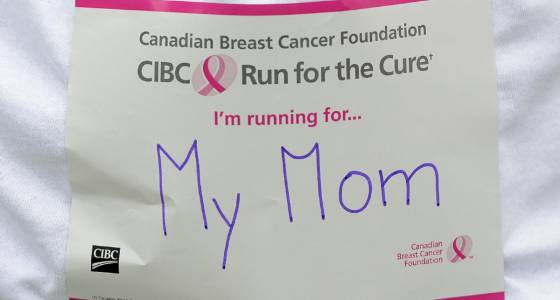 Black women tend to get more aggressive forms of breast cancer than white women, according to international research — and the disease tends to strike at a younger age. As a result, black women like myself are more likely to suffer serious consequences, including higher death rates from breast cancer.

It’s a double whammy. Early detection for breast cancer is key, but in Canada, immigrants are less likely to be up to date on cancer screening than people born in Canada — and more than half of black Canadians are immigrants.

Furthermore, in both the U.K. and the U.S., black women tend to be diagnosed, on average in their 50s, compared to white women, in their 60s.

We don’t know why black women are at increased risk for these more aggressive forms of breast cancer with poorer outcomes; other visible minorities and racialized groups in the U.K. and the U.S. don’t seem to have these same outcomes.

Certainly, stress, socioeconomic challenges and environmental factors could play a role. But there may be a genetic link as well since this pattern has been observed internationally among black women with West African ancestry but not among women from East Africa (particularly Eritrea and Ethiopia). So if there is a genetic factor, it may be due to ancestry/ethnicity and geography, rather than just being “black.” There is still a lot of research that needs to be done to tease this apart.

Nonetheless, most of the black women in the U.S., the U.K. and in Canada are of West African ancestry and the national cancer registries in the U.S. and the U.K. have reported that black women have higher death rates from breast cancer than white women. In the U.S., where access to treatment is a bigger concern than in Canada, black women are 41 per cent more likely to die from breast cancer than white women. In the U.K., a health system more comparable to ours, their National Cancer Intelligence Network also reported higher death rates for black women, compared to white women.

Sadly, we don’t have any data or information on disease rates or death rates for black women in Canada. In fact, we don’t have any race/ethnicity-based numbers on breast cancer from our Canadian Cancer Registry, so doctors must make educated assumptions that the common pattern observed in the U.S. and the U.K must be true here. This is very problematic, because as far as I have observed, many doctors and a large proportion of the black community don’t know about this increased risk.

That’s very troubling for a country as multicultural as Canada. How can we tackle the health issues that disproportionately affect specific groups, if we are not collecting the information in our health-care system? Breast cancer is just one example of an important race/ethnicity-based health problem that needs to be brought to light. I’m quite certain we’re missing other health disparities that are affecting other groups.

The picture might sound grim, but there is research underway exploring the factors that are leading to a higher risk of aggressive breast cancers for black women. I also want to stress that although the risk may be higher, not all black women who get breast cancer end up with a more aggressive kind — and many black women have very positive outcomes and good survival from breast cancer treatment; it’s important to remember that.

So far, there is no evidence in Canada, the U.S. or the U.K. that earlier mammograms are beneficial for black women; it’s a personal choice based on factors like family history and how much risk you’re comfortable with.

Hopefully one day we’ll have better answers. In the meantime though, we know that early detection of disease is better than late detection. That’s why it’s important for women of all races and ethnicities to take care of their health and understand the benefits of a mammogram. Don’t be shy — discuss the pros and cons with your family doctor. Cancer screening can save lives.

Dr. Nnorom is a Toronto family doctor and public health specialist who serves as the Black Health Theme Lead for the Faculty of Medicine’s MD Program. Doctors’ Notes is a weekly column by members of the University of Toronto’s Faculty of Medicine. Email doctorsnotes@thestar.ca

Dr. Nnorom is a Toronto family doctor and public health specialist who serves as the Black Health Theme Lead for the Faculty of Medicine’s MD Program. Doctors’ Notes is a weekly column by members of the University of Toronto’s Faculty of Medicine. Email doctorsnotes@thestar.ca