Primary-care doctors need to take a more active role in preventing young Canadians from starting smoking and helping those who have already taken up the habit to butt out for good, says a group of experts that develops clinical practice guidelines.That recommendation... 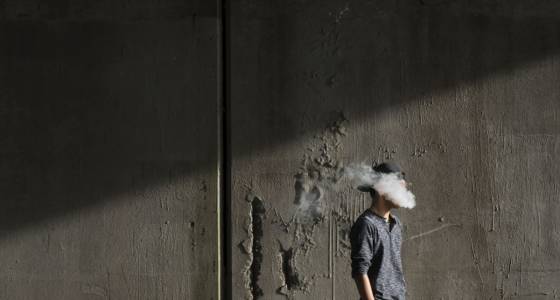 Primary-care doctors need to take a more active role in preventing young Canadians from starting smoking and helping those who have already taken up the habit to butt out for good, says a group of experts that develops clinical practice guidelines.

That recommendation is at the heart of the first-ever guidance on smoking in children and youth aged five to 18, developed by the Canadian Task Force on Preventive Health Care.

“Rates of smoking have decreased over the last couple of decades, but they seem to have plateaued and they’re still much too high,” said Dr. Brett Thombs, chairman of the four-member tobacco working group within the task force, which penned the guidelines released Monday.

Doctors’ Notes: Why e-cigarettes are better than smoking but worse than nothing

“And among Canadian youth, by the time children and adolescents are in 12th grade, 36 per cent have tried smoking,” said Thombs, a professor in the faculty of medicine at McGill University in Montreal. “And that’s simply way too high given the massive burden of smoking on health (and) on our economy.”

The guideline document, published in Monday’s edition of the Canadian Medical Association Journal, cites data showing that 18 per cent of youth in Grades 6 to 12 have tried cigarettes.

“Almost 90 per cent of adult smokers started before they were 18, and we know that people who start smoking as children and youth are much less likely to quit later on,” said Thombs, noting that although the adverse health effects may primarily show up later in life, they are accrued over a lifetime of tobacco use.

Smokers are at risk for lung, throat, pancreatic and bladder cancers, as well as chronic obstructive pulmonary disease (COPD) and cardiovascular disease that can lead to a heart attack or stroke.

“If we can stop (them smoking) during childhood and adolescence, there’s a much better chance that they won’t even get into that period of high risk,” he said.

For prevention, the task force recommends that primary-care providers first ascertain whether children and teens are smoking and provide brief information to both them and their parents on the risks of tobacco use and strategies for dealing with any peer pressure to smoke.

The recommendation for treating youth who have smoked in the previous 30 days is similar, but includes advice on ways to stop the potentially addictive habit before it becomes ingrained.

While primarily aimed at doctors, the guidelines also apply to other primary-care providers, such as nurses and behavioural-health specialists, Thombs said.

“It’s only one piece of the puzzle — no single intervention is going to stop children and adolescents from smoking,” he said, adding that the anti-smoking message can also be delivered in schools and through provincial and federal government media campaigns.

“By putting this guideline out, we’re saying very clearly that this is an important activity, they should make time for it and they should interact with kids and their families about smoking.”

The task force, an independent body of primary-care and prevention experts, based its recommendations on a review of clinical trials that looked at behavioural interventions such as providing information and counselling.

Thombs said research showed that such interventions resulted in an 18 per cent reduction in the likelihood of a child or teen starting to smoke in the six months following a clinical trial, while teens who smoked and took part in cessation programs were 34 per cent more likely to butt out after the intervention.

In an accompanying CMAJ commentary, Dr. John Oyston of Scarborough Rouge Hospital in Toronto suggests Canada should pass legislation banning the supply of all tobacco and nicotine-containing products — excluding smoking-cessation products — to anyone under age 21.

Oyston points out that jurisdictions that have raised the legal age for purchasing tobacco products have seen a decline in youth smoking rates. In Needham, Mass., for instance, smoking prevalence fell by almost half in high schools after 2006, when the legal age was raised to 21. In the six Canadian provinces where youth under age 19 are prohibited from buying tobacco, the average smoking rate is less than 12 per cent, compared to about 15 per cent in provinces with an age limit of 18.

“Raising the minimum legal age for access to tobacco is a scientifically proven, legally and politically quick, cheap and effective way to deprive the tobacco industry of recruiting a new generation of young people as their customers,” writes Oyston.