Roslyn is a 25-year-old performer and customer-service employee who lives in North York. She says “I have brown hair, light skin and green eyes, and red lipstick is my signature.” She says “When I’m not in dance or workout clothes,... 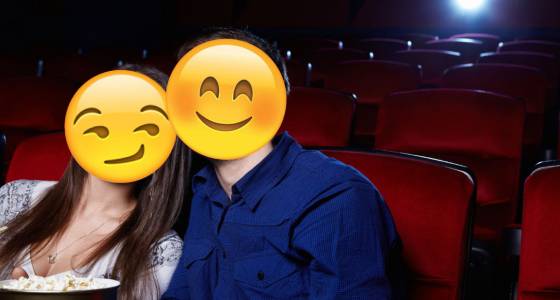 Roslyn is a 25-year-old performer and customer-service employee who lives in North York. She says “I have brown hair, light skin and green eyes, and red lipstick is my signature.” She says “When I’m not in dance or workout clothes, my style varies. I love concert shirts, but I wear a lot of dresses.” Roslyn’s friends would describe her as “hard-working and passionate, but also kind, positive and happy.” She says “People tell me I sound much older than I am, and that I’m ‘wise’ for my age.” Roslyn likes to dance, write, read, organize, try new coffee places, and play board games.

Brad and I started out as friends. Before him, my dating life barely existed. I had a number of passionate crushes, and was swept off my feet in intense moments of emotional connection with guys, but there was no one I actually had a relationship with.

I always liked that Brad was open, easy to talk to, and accepted me for me. He takes care of his physical and emotional health, and puts in the effort to be happy. He’s also attractive: tall with a runner’s body and a great smile. He has several smiles, actually, and they’re all cute in different ways.

We hung out really intensely for about a year, but always as friends. We went to musicals, went out to eat, went to movies. I liked how he made me laugh, and that he argued with me. He was open to trying new things, whether it was a new kind of food or letting me read his tarot cards. Most importantly: he texted me every Monday about The Bachelor and then when The Bachelorette started we watched it together every week. There was always some will-they-or-won’t-they tension between us.

One night, we met up before a movie for sushi, as we’re both sushi fanatics. At one point I mentioned a guy I know, and saw a twinge of jealousy. It was adorable.

After dinner, we met up with my friends, who at that point were our friends, for drinks. I technically live with my parents, but I live my life downtown, and I sarcastically said something about how much fun it was going to be getting home. Brad said he could refrain from drinking so he could drive me, prioritizing my safety over his fun. I told him not to worry about it and hoped the butterflies in my stomach weren't beating their wings too loud.

After, Brad and I went to the movie theatre, but my friends decided not to come because one of them wasn’t feeling well. As we went into the movie alone, I noticed that, as usual, we felt more like a couple than friends. The weeks before the movie had been particularly easy and fun.

The movie let out around 1 a.m., and Brad said he was happy to drive me home, but that I could also sleep on his couch. I instantly said yes to the couch. The cab ride to his place was quiet. We sat near each other, almost touching but not, and I felt an urge to rest my head on his shoulder or take his hand, but I resisted. The words “What is going on with us?” were at the tip of my tongue, but I swallowed them. There was such a spark. Some people are not genetically programmed to be just friends.

When we got inside his place, he told me to take the bed and said that he'd take the couch. I felt bad and insisted that I didn't mind the couch, but he didn’t let me. He wouldn’t even take a blanket. I said that was ridiculous and suggested he just hop in the bed with me. He said the couch was fine. The tension and the confusion were skyrocketing. We talked for a while before he went to the couch in the other room, and I crawled into bed, knowing I wouldn’t be able to sleep.

The next morning we ate oatmeal and grapes for breakfast. Both of us were mostly quiet until Brad started laughing and said “Do you think our friends will think something awkward happened?” I blushed and babbled something along the lines of “Probably not.” After that, we listened to music and talked. I felt incredibly safe and comfortable, but still confused. Later on, he walked me to the bus stop.

We ended up “officially” starting to date a week after that, while we were baking bread for a friend’s potluck and started talking openly about it. He held me, and I got teary-eyed — I had never cried because I was so happy before.