Black History Month represents stories from around the globe. Here are two new memoirs and three novels about the black experience in Canada, Kenya, South Africa, Ethiopia and Israel.In the Black: My Life, B. Denham JollyDenham Jolly — raised in Jamaica,... 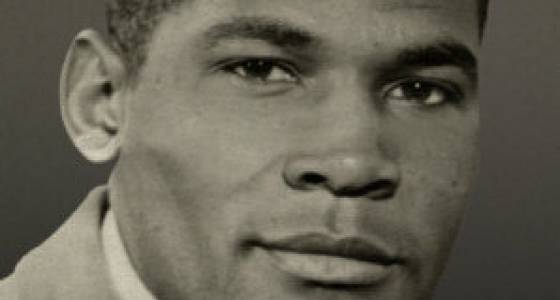 Black History Month represents stories from around the globe. Here are two new memoirs and three novels about the black experience in Canada, Kenya, South Africa, Ethiopia and Israel.

In the Black: My Life, B. Denham Jolly

Denham Jolly — raised in Jamaica, a Torontonian for six decades — has made his mark fostering black culture and communications in his adopted city: as owner and publisher of Contrast, the first newspaper addressing black concerns; as the founder of the Black Business and Professional Association; as the entrepreneur behind FLOW 93.5, Toronto’s first black-owned radio station; and through it all, as a resolute human-rights activist. In the Black, he announces at the outset, is “part memoir and part manifesto.” It’s a fast-paced recounting of an eventful life.

Dance of the Jakaranda, Peter Kimani

Kimani, a noted Kenyan writer, begins his third novel in 1893 in the British East Africa Protectorate, before it was called the Kenia colony and seven decades before it became Kenya. It’s a multi-racial nation-building tale that begins during the construction of the railway from Mombasa to Nairobi. There are three men at its heart: two white, a British administrator known as “Master” and an Anglican minister; one brown, an Indian technician who sires a male child, a birth that will reverberate down through the years.

The electric fences in the title of Gugu Hlongwane’s first collection refers to the barriers enclosing South Africa during apartheid; the gated communities and the security fences surrounding suburban houses in post-apartheid South Africa; and perhaps even the emotional safeguards that individuals erect for their personal security. The title story, “Electric Fences,” presents a fully realized world view by this talented writer. Hlongwane has a particular interest in post-colonial literature, both in the country of her birth and elsewhere. She is a professor at St. Mary’s University in Halifax.

In June 1980, the author, Beth Gebreyohannes, 14, her brothers, 16 and 18, her father, stepmother and infant sister left their home near Addis Ababa for what the kids thought was a short trip but was in fact an escape from the brutal military regime that had seized control of Ethiopia. Gebreyohannes’s vivid memoir describes their year-long trek across the inhospitable Danakil Desert on foot, a dangerous journey where they met both cruelty and kindness before reaching safety in Djibouti. In 1982, the family arrived in Canada, first Lethbridge, Alta., and later Toronto.

After a 19-hour shift, neurosurgeon Eitan Green is driving late at night to his home in southern Israel. He hits and kills an Eritrean man and decides to say nothing. The next day, the dead man’s wife comes to his home to return his wallet, which he left at the scene of the accident. In return for her silence, she tells him he must be on call in the evening to the community of Eritrean refugees living nearby in impoverished circumstances. Ayelet Gundar-Goshen is a psychologist and activist. This suspenseful morality tale is her second novel.