The long-awaited Canadian rollout of Mifegymiso, otherwise known as RU-486 or the abortion pill, has been slow.After a nearly three-year review, it was approved by Health Canada in 2015 for women up to seven weeks pregnant, but access remains limited. It... 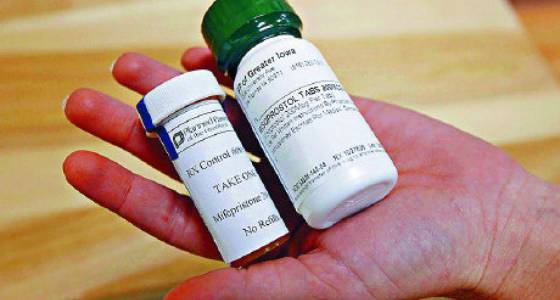 The long-awaited Canadian rollout of Mifegymiso, otherwise known as RU-486 or the abortion pill, has been slow.

After a nearly three-year review, it was approved by Health Canada in 2015 for women up to seven weeks pregnant, but access remains limited. It hit the Canadian market early this year at abortion clinics in just three cities: Vancouver, Calgary and Ottawa.

It is now also available at one clinic in Canada’s largest city but has yet to appear in rural areas where women don’t have access to abortion clinics.

Advocates say a lack of clarity has impeded access to a drug that has been available around the world for decades and is considered the “gold standard” in medical abortion.

“There’s mass confusion and no one is really taking leadership to make access to Mifegymiso happen and to make it widespread,” said Sandeep Prasad, executive director of Action Canada for Sexual Health and Rights.

The organization runs a 24-7 hotline for women who need information about sexual health and pregnancy options available to them, including abortion. And Prasad said lately doctors and pharmacists have been phoning, too.

“We’ve gotten a flurry of calls from physicians wondering where they get the training and what the process is by which they can get registered to prescribe Mifegymiso,” Prasad said.

Mifegymiso is approved in more than 50 countries with varying restrictions and is included on the World Health Organization's list of essential medicines. Available to women in France and China since 1988, it’s been hailed as a more effective, more accessible and more private way to end a pregnancy. It’s not the same as the morning-after pill, which prevents pregnancy in the first place.

The process might work smoothly at hospitals, which often have pharmacies in the building. But doctors typically lack the infrastructure to store medication or manage inventory and only about 20 in Ontario actually dispense drugs, according to the College of Physicians and Surgeons of Ontario (CPSO).

This prompted CPSO and the Ontario College of Pharmacists to write a joint letter to Health Canada asking for clarification in December.

In a reply, Health Canada indicated that physicians can use their discretion when deciding how to dispense Mifegymiso but nonconforming to the original monograph amounted to an “off-label” use, which may expose doctors to some liability.

The drug’s Canadian distributor Celopharma Inc. applied in January to the federal regulator to loosen the restrictions so that pharmacists could dispense Mifegymiso directly to women. It also asked to move the gestation period from seven to nine weeks. A decision could take 300 days.

Mifegymiso costs patients $300 and is not yet covered by most provincial health-care plans, though surgical abortions are. Public funding for the drug is under review in Ontario and is expected to be considered by other provinces as part of the national Common Drug Review this March, said Ontario Ministry of Health spokesman David Jensen.

Funding is the “last piece of the puzzle,” said Dawn Fowler, Canadian director of the National Abortion Federation.

The abortion pill was initially touted as a safe alternative for women living far from major urban areas. That will take time to achieve, Fowler said.

Celopharma CEO Paula Tenenbaum told the Star in an email that Mifegymiso had been shipped to British Columbia, Manitoba, Ontario, Nova Scotia, Alberta and Yukon Territory; though that doesn’t necessarily mean all women in those areas can access it.

The medication is taken in two parts, one tablet containing 200 milligrams of mifepristone, which blocks the production of progesterone in the uterus necessary for pregnancy, and four tablets amounting to 800 micrograms of misoprostol, which induces miscarriage.

They must be taken within 24 to 48 hours of each other and women must return to their doctors within a week or two to confirm the pregnancy was terminated. In clinical trials, the medication failed up to 4.8 per cent of the time.

Ontario has 13 abortion clinics, according to Abortion Rights Coalition Canada. Eight are in the GTA with another three in southern Ontario and two in Ottawa. All are located in cities, with Ottawa the furthest north.

Doctors at the Bay Centre for Birth Control, associated with Women’s College Hospital, have completed the mandatory training but the centre is still working on the rollout of Mifegymiso.