Famagusta 7°
clear sky
BUSINESS EDUCATION ENTERTAINMENT HEALTH POLITICS SCIENCE SPORTS TECHNOLOGY
10:22 Four Benefits of Hiring a Dedicated Development Team
04:48 Mark Kelly, President of Safety Marking Inc., Discusses Structuring Effective...
17:58 Trump wants to play golf at the Biden swearing-in in Scotland - but is...
17:54 First doubts Regarding tightened Steps: two National Countries Extract...
10:39 Covid-19 : in France, the end of containment and entry into force of the...
04:34 The schools of Rome will use the Internet with light bulbs: what it is...
10:58 Kratom Tea: How Is It?
11:46 Office Furniture Products for you!
12:17 Top Clubs, Their Value, Revenue And Current Standings
11:14 Reasons Why Rewarding Yourself is a Good Practice
BIST
1542
GOLD
442.443
USD
7.3985
GPB
10.1603
EUR
9.0105
Breaking News
Online Etiquette Rules for Managing a Virtual Business
Close

Concert Sampler for March 2-8: Tanya Tagaq is pick of the week | Toronto Star 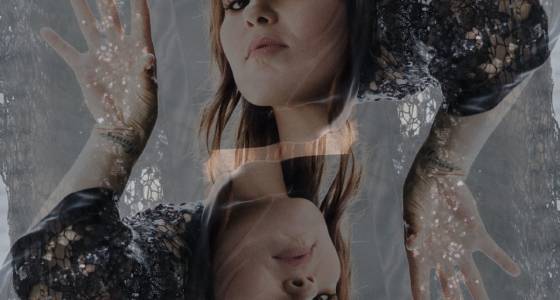 Live music highlights for the week of March 2 to March 8.

Nunavut vocalist/composer Tagaq’s recent duet on fellow Polaris Prize winner Buffy Sainte-Marie’s piece offers only the barest of hints of what to expect for this opening night of the 13th New Creations Festival — but what the heck, it’s beautiful stuff, and as one of the world’s most innovative of artists Tagaq’s guaranteed of delivering. Saturday’s show includes the unveiling of a brand-new 20-minute piece, “Qiksaaktuq,” co-written with Element Choir leader Christine Duncan who’ll conduct the Toronto Symphony Orchestra’s brass section. Tagaq and Duncan are kindred spirits who’ve paired up before to astonishing effect — add the others involved and it’s pick of the week, with the remaining two nights of the three-concert TSO series, curated by Owen Pallett, offering similar treats. (Saturday, Roy Thomson Hall, 8 p.m.)

Blake Miller is the constant among this changeable L.A. outfit that returns here to familiar ground for them — the Silver Dollar — and gets a chance to say its goodbyes. In this latest guise they’re down to perform a set split between their own catalogue that goes 15 years back and Joy Division covers. Off the teasers and poor-quality clips available they’re staying close to the source material — it’s not much of a stretch at all, since their own template of ominous, groovy bass and angsty guitars owe a lot to the Manchester legends. (Saturday, Silver Dollar, doors 9 p.m.)

An East Nashville “outlaw country” confrere of Sturgill Simpson, Lindi Ortega et al, Ms Lane starts her set off these days with a yippi-ki-yay wail ushering in this sardonic ode to her Greenville, S.C., hometown. So goes her work on this old-school, new-age frontier: a classic country voice that recalls Loretta Lynn (with whom she’s done some touring), plain-talkin’ songs, rockin’ band. Last time in for her local debut she was touring the Dan Auerbach-produced All or Nothin’, a breakthrough record that’s led seamlessly to the recent follow-up Highway Queen — all along the way, she continues to exceed expectations. (Sunday, Horseshoe, doors 7 p.m.)

“Two steps forward and two steps back/ That’s too much poetry, like you can’t rap?” So the Chicago wordsmith goes on this early track recalling her climb, and now comes this local introduction, though for fans she apparently doesn’t need much of one given that this show was moved from Adelaide Hall to this larger spot. Working with Chance the Rapper, among others, and last year’s debut Telefone put her on a solo road here, with nimble verses unfolding almost conversationally over sunny beats with everyday themes to match that aren’t all lollipops and sunshine. (Sunday, Phoenix, doors 8 p.m.)

“Committed to the Cause”

The Swedes’ approach seems to reverb (and reverb some more — they do love it so) from the clouds, but they are a committed bunch when they do make a landing. Latest release Running Out of Love, their first studio work in six years, has them continuing to move away some from their dream-pop template in favour of Madchester and electro-heavy anthems of outrage made for nodding, swaying and shaking an upraised fist to (the record led to a bitter split with Scandinavian indie label Labrador). They don’t come around here too often, so punters are advised to jump aboard on one of the most jammed pop weekends of the entire year. (Sunday, Mod Club, doors 8 p.m.)

“I Can’t Stop Thinking About You”

Depending where you fall on the Sting-meter, the fact that he’s leaning these days more in the direction of pop and away from, say, lute recitals, makes this latest visit worth consideration, and especially so if nostalgia is part of the plan. Tour sets have been expansive, sampling some of his work from latest 57th & 9th (including the linked single, with its Police-echoing chorus) and on back to the biggest hits from back in the day. Along for the ride are three of his longtime players (Dominic Miller, his son Rufus Miller, and drummer Josh Freese, formerly with Nine Inch Nails), Texas act the Last Bandoleros and, to make any of the grizzled going feel time’s passage even more deeply, Sting’s son Joe Sumner, already well into his own career in the biz. (Sunday, Rebel, 8 p.m.)