Bye-bye, and here's your check: Golden exit for the departed

Don't let the vault door hit you on the way out.Getting forced out of a job is painful, but a couple (dozen) million dollars help salve the wound. The latest big name to get a big payment with a bye-bye from the boss is Bill O'Reilly. The longtime Fox News... 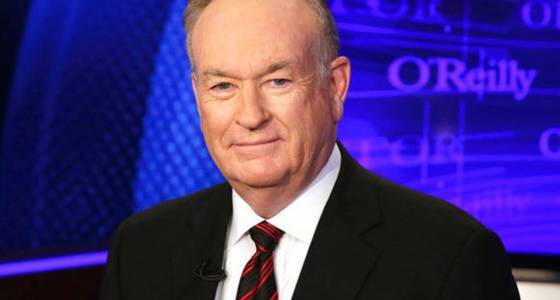 Don't let the vault door hit you on the way out.

Getting forced out of a job is painful, but a couple (dozen) million dollars help salve the wound. The latest big name to get a big payment with a bye-bye from the boss is Bill O'Reilly. The longtime Fox News host is in line to get up to $25 million, according to media reports, after a string of sexual-harassment allegations led to his ouster.

He joins the long list of executives and bold-faced names who have grabbed handsome payouts that have become standard operating procedure for companies to hand out. The reasons for departure can range from the mundane, such as a CEO simply being ineffective in boosting the stock price, to the salacious, with accusations of improper behavior.

Here's a look at some other recent departures of big names and what they received as they exited, according to regulatory filings and media reports:

It was only last summer that the other man who helped build Fox News into a ratings behemoth had his own departure from the company following allegations of sexual harassment. Ailes was chairman and CEO of Fox News and, with O'Reilly as a high-profile host, pushed it to become the most-watched U.S. cable-news channel.

The CEO atop United Airlines stepped down in 2015 amid an investigation into whether it flew a route between Newark, New Jersey, and Columbia, South Carolina, to curry favor with the chairman of the agency that operates New York-area airports. He received $4.9 million in cash severance, along with millions more in stock grants. He also received lifetime flight benefits.

The woman brought in to save the struggling internet giant may soon be on the way out after brokering a deal to break it up. Verizon is buying Yahoo's email service and other websites, and the deal is expected to close by the end of June. The remaining part of Yahoo, which is also the far more valuable one, will be turned over to a new company called Altbaba. If Mayer doesn't have a job afterward, she'll be in line to get a severance package, which was most recently valued at $23 million.

The former CEO of the entertainment giant was pushed out last summer following a bitter battle for control of the company's board. The $58 million severance payment doesn't include millions more paid to Dauman in pro-rated bonus money, vested stock options and other awards.

When the CEO stepped down from the company last year as the uproar about its aggressive sales tactics echoed in Capitol Hill, the bank said he would receive no severance pay. The board also reclaimed millions of dollars in pay made to him.