CaptionCloseVeronica Roth’s new young adult science fiction/fantasy novel “Carve the Mark” centers on two characters, Cyra and Akos, who are from opposite factions of a politically charged planet. Cyra comes from a society of brutality and... 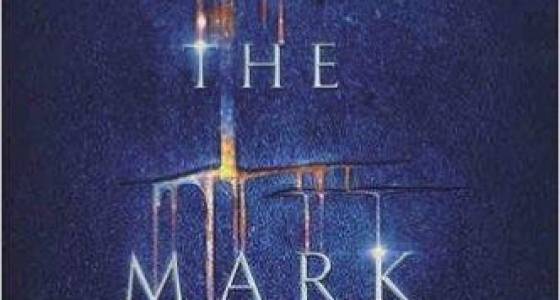 Veronica Roth’s new young adult science fiction/fantasy novel “Carve the Mark” centers on two characters, Cyra and Akos, who are from opposite factions of a politically charged planet.

Cyra comes from a society of brutality and war, and Akos from one of peace and prosperity. When their paths cross, they must work together to understand their fates, prophesied by an oracle, and bring balance to the galaxy.

“Carve the Mark” includes well-crafted characters and a high-stakes plot line, but Roth, author of the best-selling “Divergent” trilogy, may have bitten off more than she can chew in building her new universe.

Cyra and Akos, the main characters and narrators, have captivating backstories and develop dynamically as characters throughout the course of the story.

Cyra tells the story in first person, while Akos’s story is told in the third, which I at first found confusing and unnecessary. Eventually, I realized that this format was very helpful in distinguishing between characters — and even added to the characters’ personalities.

“Carve the Mark’s” narrative is intense, but the plot definitely lagged at times.

Even though the story centers around war and combat, most of the scenes involve around prolonged tension and anxiety for the reader than action. It’s a much slower pace than Roth’s readers have come to expect from her page-turning, action-filled, fast-paced writing style that characterized the “Divergent” trilogy. Here, she sometimes relying on romance to move the narrative along, which is quite disappointing.

The world of “Carve the Mark” is, however, very intriguing. The novel is set in an alien solar system where the Current, an energy force that flows through the whole galaxy, bestows a “currentgift,” or special power, upon each person once they hit adolescence.

Roth had so much potential to expand on this world in detail, and I would have loved to learn more about it. But her worldbuilding feels incomplete, and she tends to default to characteristics of the human world instead of taking the time to explain aspects of her own created world.

Furthermore, a lot of the alien and fantastical elements included in the story are not explained at all, especially in the first few chapters, when the reader is thrown into the world with little or no explanation.

The dystopian genre of Roth’s “Divergent” trilogy allows the author to build on aspects of today’s society because that is where the futuristic details stem from. But, it seems Roth attempted to treat her science-fiction galaxy like a dystopian society, and it didn’t work.

“Carve the Mark” is nevetheless a fun read for fans of space and politics, mainly due to the wonderful characters. But most readers will need a lot of dedication to finish this 500-page volume, mostly because of lulls in the plot and lackluster worldbuilding.

Hanah Shields is a sophomore at Alamo Heights High School.