Book review: After a brain disease, patient lives in ‘The Perpetual Now’

CaptionCloseIn December 2007, a woman named Lonni Sue Johnson, 57, lost a lot of her past. She contracted viral encephalitis, a potentially deadly infection, that devastated the parts of her brain that form and store new memories.In “The Perpetual Now,”... 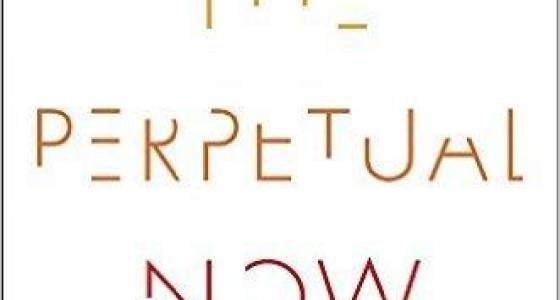 In December 2007, a woman named Lonni Sue Johnson, 57, lost a lot of her past. She contracted viral encephalitis, a potentially deadly infection, that devastated the parts of her brain that form and store new memories.

In “The Perpetual Now,” Michael D. Lemonick, opinion editor at Scientific American, sets out to understand “what could it be like to live without memory? ... How did Lonni Sue handle it?”

Before she was struck, Lonni Sue was a successful commercial artist, known for her whimsical and clever watercolors that most famously adorned several New Yorker covers. She lived in a house on land in Upstate New York she named Watercolor Farm and was a skilled amateur pilot, even bulldozing herself a landing strip on her property.

After the catastrophic damage to her hippocampi, Lonni Sue forgot much of her life. She did not know that her father had died or that she was once married for 10 years or that she received a degree in fine arts from the University of Michigan. The residue of new experience would linger for about two to three minutes before it dissolved completely.

The Perpetual Now: A Story of Amnesia, Memory, and Love

Yet Lonni Sue was able to retain “semantic memories,” or factual knowledge. She still knew, for example, that she was Lonni Sue. She recognized her mother and sister and remembered that she owned a farm and had worked as an illustrator.

This showed researchers that intact hippocampi are not required for certain kinds of implicit knowledge; it has to be stored subconsciously elsewhere in the brain.

With her unique combination of strengths and deficits, Lonni Sue quickly joined the ranks of famous amnesiacs and was studied extensively by researchers from Princeton and Johns Hopkins.

Lemonick became interested in Lonni Sue several years ago after her younger sister, Aline, stopped him on the street. She asked whether he’d heard what had happened to Lonni Sue, with whom he attended high school in Princeton, N.J., decades earlier. Lemonick had not.

But soon enough he joined her extended family of dedicated observers. She was “awake and aware and fully engaged,” he noted upon first meeting Lonni Sue. The memory loss “didn’t seem to bother (her) since she had no memory of what she was missing.”

A highly verbal person before her ordeal, Lonni Sue was now obsessed with making fanciful grids with words hidden in them. Her impulse to create returned, and these puzzles poured out of her. She seemed to prefer constructing them to doing anything else, the author notes. Lonni Sue also delighted in wordplay. A favorite trick was to sing the alphabet while assigning each letter to a different object (apple, banana, cranberry, etc.). She could make novel lists at an impressive clip and loved when others tried to keep up with her.

No book on memory is complete without discussion of the most celebrated amnesiac in medical science, H.M., or Henry Molaison, whose case revolutionized the study of functional brain anatomy.

As Lemonick recounts, when Molaison was 27, in 1953, doctors surgically removed his hippocampi in an attempt to control his severe epilepsy. Because the hippocampal regions were presumed to process smell (and to play a role in certain seizure activity), doctors were stunned to discover that, post-surgery, their patient could remember almost nothing of his past.

Like Lonni Sue, Molaison would meet someone and five minutes later need to be reintroduced. Molaison could learn new things, and so could Lonni Sue. She’d play a piece on the viola and even get better with practice, but then forget she just played it.

Also like Lonni Sue, Molaison seemed content. By contrast, poor Clive Wearing, another famous patient, lived a perpetual nightmare. A British expert in Renaissance music, he contracted the same virus as Lonni Sue in 1985. Afterward, he could still read music, play the organ and conduct a choir, but he was constantly bewildered and afraid.

Why was Clive’s existence a living hell while Lonni Sue and Henry maintained their cheer and sweetness and cooperated gladly with researchers (though typically forgetting they’d been tested a few days before)? Scientists speculate that the two somehow retained a sense of “continuity,” but they can’t yet say what regions and functions of the brain make this possible.

A number of articles have been written about Lonni Sue over the years, but Lemonick’s is the first book. He does an excellent job of explaining why her “enormous storehouse of knowledge” regarding visual art, music and aviation made her an especially rich research subject. “Exploring what she retained and what she’d lost in each of these areas would be an unprecedented opportunity for the scientists.”

Readers expecting an Oliver Sacks-like account may be disappointed. One of the foremost cinematic chroniclers of neurological exotica, he brought to his work a vast inquisitiveness and the gifts of empathy and awe. Lemonick’s book, by comparison, reads as if written by a very diligent reporter.

But the story of Lonni Sue, one of the great experiments of nature, is intrinsically fascinating. And her tragedy has brought out grace in everyone involved, Lonni Sue herself, her family and the scientists who valued her as a person as well as an endlessly intriguing brain.