Bob Marley’s granddaughter is a campus celebrity at NYU

Thirty-six years after Bob Marley’s death, you can barely walk a block around the NYU campus downtown without coming across a student wearing a T-shirt celebrating the singer’s life.But these fans probably don’t realize that Bob’s legacy walks among... 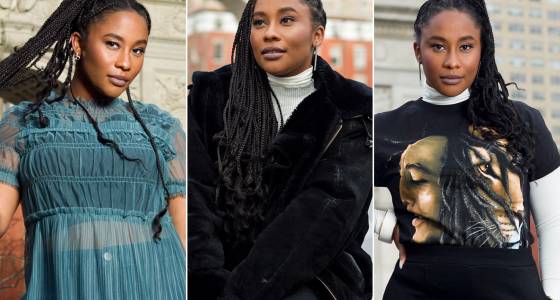 Thirty-six years after Bob Marley’s death, you can barely walk a block around the NYU campus downtown without coming across a student wearing a T-shirt celebrating the singer’s life.

But these fans probably don’t realize that Bob’s legacy walks among them.

“When I meet someone, I don’t ever say, ‘I’m Bob Marley’s granddaughter.’ When people find out who I am, sometimes they have strange reactions,” Zuri Marley told The Post. The daughter of singer Ziggy Marley, 21-year-old Zuri is one of the reggae icon’s dozens of grandchildren. She’s currently in her fourth year studying music at NYU’s Clive Davis Institute and is set to graduate this summer.

“Last year, one of my roommates realized who I was after three months and she said, ‘Nice to meet you.’ I was like, ‘What? You already know me!’ ”

Growing up in Kingston, Jamaica, life as a Marley had its perks. Fans would sometimes approach her with gifts, and others would call her “Empress.” But being part of Jamaica’s unofficial royal family also has its problems.

“I was actually bullied a lot in middle school,” Zuri said. “They would look at me and think, ‘She’s a Marley — she thinks she’s this and she thinks she’s that.’ But I don’t let it bother me. As they say in Jamaica, ‘Me no business!’ ”

She admitted she finds some of Granddad Bob’s more marijuana-obsessed devotees a little kooky.

“I remember there was one guy [during] freshman year who constantly asked me to smoke with him,” she said, with just a trace of a Jamaican accent. “I think it was just so he could say he smoked with Bob Marley’s granddaughter. He thought I would be a stoner — but I don’t really smoke!”

Hanging out in her Union Square dorm room, which she shares with three roommates, Zuri explained her thoughts on the music and life of the granddad she never met.

These fans probably don’t realize that Bob’s legacy walks among them.

“Bob was actually about being very healthy,” she said. “It’s tied into Rastafarianism. He would get up in the morning and run on the beach, play soccer, he would eat Irish moss [a highly nutritious algae]. That’s something that I don’t think the stoner culture gets. It’s not all about eating macaroni and cheese and chips!”

Zuri is due to graduate in May, after which she plans to explore a music career as a singer and songwriter. But she’s not looking to continue in the well-trodden genre made famous by her family, including her uncles Damian, Stephen and Ky-Mani. Instead, she is looking to dip her toes into something more modern and mainstream. She describes Swedish pop singer Lykke Li as an inspiration, and recalls Lady Gaga’s “Monster Ball” tour in 2010 as being a light-bulb moment.

“My dad took me to see her at the Staples Center in Los Angeles,” Zuri said. “It was one of the first concerts outside of my own family that I ever saw. It blew my mind.”

She’s already sung on a track called “Love Ya” by the New York-based singer Dev Hynes, who records under the name of Blood Orange. The dreamy track was included on his critically adored 2016 album “Freetown Sound,” and Hynes has even had Zuri appear onstage as a guest when performing live.

But Zuri is quietly cooking up her own music, too, which she hopes to self-release after her graduation in a few months. “I have the songs, but I need to build an environment around them,” she said. “I think my music is more alternative-pop, not reggae. I don’t want to become what people think I should be.”