Acclaimed actor Bill Paxton passed away due to complications from surgery at 61-years-old. Although Paxton is gone, his film legacy will live on forever. While Paxton starred in countless box-office hits (like "Titanic" and "Apollo 13") and... 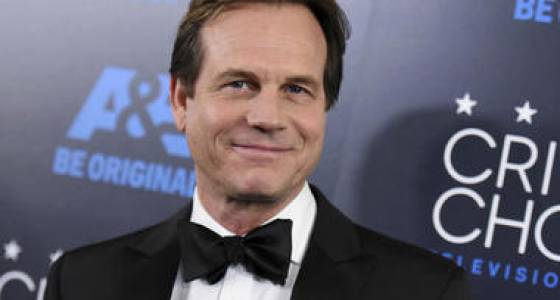 Acclaimed actor Bill Paxton passed away due to complications from surgery at 61-years-old. Although Paxton is gone, his film legacy will live on forever. While Paxton starred in countless box-office hits (like "Titanic" and "Apollo 13") and perhaps best known for his run on "Big Love," many cinephiles fondly remember Paxton for his memorable roles in "Aliens" and Twister." He was a catchphrase machine that oozed on-screen charisma. But which movie will be remembered as his best? [?]

Paxton is an actor who fought aliens, predators, terminators and tornadoes on screen. He'll forever be missed. But his roles as Private Hudson in "Aliens" and as Bill Harding in "Twister" are arguably his most memorable. Which one is his greatest movie?


Paxton plays Private Hudson in "Aliens," a nervous marine who unfortunately doesn't make it to the end of the film. Sorry about the spoiler, but you should've seen the movie by now. But Paxton's legacy as Private Hudson's will live on, and so will his iconic line: "Game over, man. Game over!"

"Aliens" is a sci-fi classic that pretty much topped its predecessor--"Alien"--in awards recognition and box office.


It's the movie that turned everyone into wannabe meteorologists! Paxton as a storm chaser might have given some of us anxiety, but adrenaline pumped through our veins watching him in "Twister." Twister was a huge box office hit--making $271.7 million worldwide. Hence--"Twister" is one of the greatest disaster films ever made.


Meteorologists were inspired by Paxton in "Twister."

So sad to hear about Bill Paxton's passing. Twister was such a big reason why I got into weather. I'll miss you Bill, The Extreme. pic.twitter.com/wvPWPdMjZq

Who doesn't love Paxton as Private Hudson in "Aliens"?

Bill Paxton was not only the best thing about Aliens, but of anything he was ever in. RIP pic.twitter.com/rbOL3oWhMp