Uh-oh! Several fans took to social media to express their disappointment over the canceled Coachella performance of Beyoncé, who is currently pregnant with twins. Based on the reports, the 35-year-old canceled her upcoming appearance at the annual music... 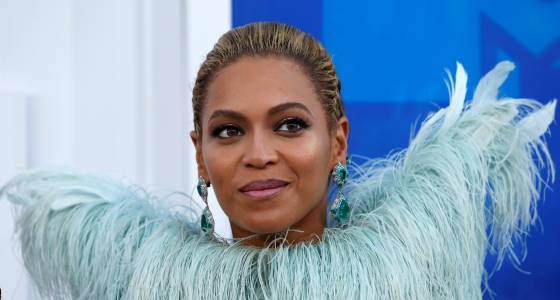 Uh-oh! Several fans took to social media to express their disappointment over the canceled Coachella performance of Beyoncé, who is currently pregnant with twins. Based on the reports, the 35-year-old canceled her upcoming appearance at the annual music festival due to her doctor’s orders.

According to Page Six, one fan expressed her dismay on Twitter after spending $200 more for a Coachella ticket this year compared to the regular price ticket last year just to see Beyoncé’s performance. Even though many have demanded for a refund, the publication revealed the tickets are nonrefundable.

“This ticket is not subject to any refund, bears no cash value, and is not redeemable for cash,” Coachella said on its website. “Artist and set times are subject to change without notice.”

Due to Beyoncé’s cancellation, ticket sales for the first weekend also took a plunge by 12 percent. Meanwhile, Beyoncé’s Parkwood Entertainment and festival producer Goldenvoice sent a statement to Associated Press (via St. Louis Post-Dispatch), explaining why the “Single Ladies” hitmaker decided to cancel her performance at the 2017 Coachella Valley Music and Arts Festival at the Empire Polo Club in Indio, California this April.

“Following the advice of her doctors to keep a less rigorous schedule in the coming months, Beyoncé has made the decision to forgo performing at the 2017 Coachella Valley Music & Arts Festival,” the statement read. “However, Goldenvoice and Parkwood are pleased to confirm that she will be a headliner at the 2018 festival. Thank you for your understanding.”

As Beyoncé canceled her Coachella performance, Spin suggested the possible replacements for her at the event. Some options include Jay Z, Lady Gaga, The Red Hot Chili Peppers, Coldplay, Rihanna, Kanye West, Beck and Hologram.

In other related news, Beyoncé showed her support to LGBTQ students on her Facebook page after U.S. President Donald Trump rolled back protection for transgender youth. On her post, Beyoncé also included a link to the donation page of GLSEN (Gay, Lesbian and Straight Education Network), an organization that focuses on LGBTQ issues in K-12 education.

GLSEN director Dr. Eliza Byard also expressed her excitement and gratitude for having Beyoncé backed their advocacy. Byard told Huffington Post, “There is a great deal of confusion and fear out there right now, and Beyoncé has the unique power to cut through the noise to deliver a crucial message of love and support to all transgender youth.”

What are your thoughts on Beyoncé’s Coachella cancellation? Feel free to write your comments below.