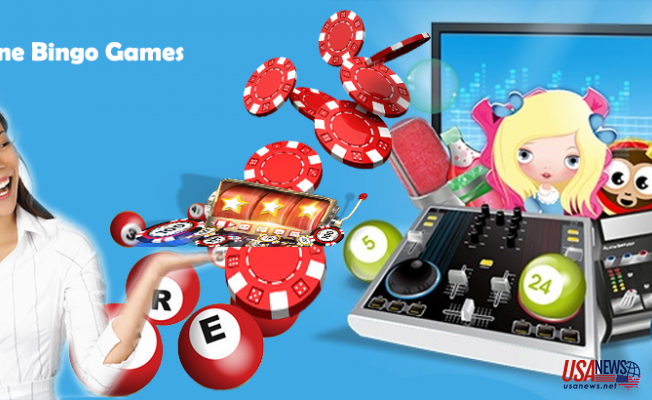 After what has undoubtedly been an unusual year, the upcoming holiday season will be the perfect time to catch up with friends and family.

For many people around the world, it will also be an excellent opportunity to enjoy some much-needed rest and relaxation.

There are a plethora of entertainment options to choose from, and one of our favourites is a pastime that has been around for almost 500 years – bingo!

The best bingo sites on the internet provide players with numerous variants of this iconic game, each of which can be the path to life-changing jackpots.

Deciding which game to choose and how to win can be a tricky task, so read on as we provide some useful bingo tips and look at the best games to play.

How to Win at Bingo

Bingo does require an element of luck if you are to win big, but it is possible to improve the odds in your favour by implementing strategies.

For instance, buying more tickets can give you a mathematical edge against your rival players in a particular game.

Let’s say that you join a game where you are one of 100 players. If everyone purchases six tickets that means there are 600 tickets in the game.

On that basis, every player would have a six in 600 chance (effectively one in 100) of scooping the full house prize.

However, if you bought another 30 tickets for the game that would improve your chances to 36 in 630, while everyone else would have a six in 630 chance of winning.

While consistently implementing this strategy would cost you more, it does tip the odds significantly in your favour.

Another strategy worth considering is to avoid playing at peak times, as this generally means that you are up against more players.

Playing bingo games with fewer players is more likely to generate wins, although the returns will be lower. Now we have established how to win, here are some the best variants of bingo.

This fast-paced bingo game is commonly associated with North America and is played on tickets with five columns and five horizontal lines.

However, the space in the middle of the card is labelled ‘FREE’, and this gives each player a head start in each individual game.

The aim of 75-Ball Bingo is to complete pre-specified patterns which can be lines (vertical, diagonal or horizonal) or a full house.

Some operators also run games where players are required to complete particular patterns such as letters, crosses or four corners.

People in the United Kingdom will be hugely familiar with a game that achieved cult status there during the second half of the 20th century.

Bingo was the main social activity for millions of people in the UK at that time, particularly in working-class towns and cities in the northern half of the country.

Each ticket in 90-Ball Bingo features three horizontal lines and nine columns, with 15 numbers contained on each one and 90 on a ‘strip’.

The game is generally played in three parts, with players winning prizes for being the first to complete one line, two lines and the full house.

Payouts in 90-Ball Bingo can be massive, particularly on sites where progressive jackpots are available.

The last few years have seen a growing number of operators add bingo combinations into the mix, and Slingo is one of the best of the bunch.

Invented in New Jersey during the 1990s, more than 55 million people around the world now play Slingo across a variety of platforms.

The game combines the thrills of slot machines with the excitement of bingo to offer players an immersive gameplay experience.

The game is played on the same 5x5 set-up featured in 75-Ball Bingo, while the slot reels are situated just below the grid.

Slingo operates on a special points-based system, with the player who garners the highest total at the end of the game scooping the prize pot.

Another exciting combination to arrive on the scene in recent times is Flash Fives – a game which merges poker and bingo into a fast and furious gambling extravaganza.

A standard deck of 52 playing cards replaces the numbered bingo balls in this variant, with players buying tickets that require them to complete a ‘hand’ of five cards.

As with traditional bingo, the cards are called out randomly and marked off with a casino chip if they appear in the player’s hand.

If a player gets a full house on their bingo ticket, the game ends, and a winning message appears on the screen including the names of the winners.

With just five cards required to win in Flash Fives the action comes thick and fast, so you are never more than a few minutes away from a new game.

Another excellent addition to the online gambling scene is Bingo Roulette – a thrill-a-minute game that blends bingo with one of the best casino games ever invented.

Each ticket in the game contains five different numbers out of the 52 displayed on the special roulette wheel, with players able to buy 96 tickets for a single game.

As in traditional roulette, the ball is fired around the wheel and whichever pocket it lands in determines the number that is marked off a player’s ticket.

There are no lines or patterns to complete in Bingo Roulette – the aim of the game is to bag a full house of five numbers before any other player.

Much like Flash Fives the action never stops in Bingo Roulette – making it an ideal form of entertainment for anyone looking for quickfire thrills and spills.