Galleries Videos CONTACT ADVERTISE
Famagusta 35°
clear sky
BUSINESS EDUCATION ENTERTAINMENT HEALTH POLITICS SCIENCE SPORTS TECHNOLOGY
12:08 Guide To Online Sports Betting: How To Choose A Sportsbook
08:28 What Are Some Reasons to Consult a Brain Injury Lawyer?
09:24 Blockchain Solutions for Enterprises: How To Increase Efficiency And Profitability
07:06 How To Deal With A Car Crash In New York
17:43 Tips to keep in mind while choosing the casino site
11:34 Relation Between Employee Theft and Pre-employment Screening Check
04:37 Search your own desired site to play sports for betting
18:00 Top 3 Career Path Options for Business Analysts Preview
15:35 The history of Imen Jane, who is the influencer and the charges on the...
18:48 Sebastian Vettel's Greatest Races
BIST
1129
GOLD
473.519
USD
7.7940
GPB
10.0550
EUR
9.1366
Breaking News
Top 3 Career Path Options for Business Analysts Preview
Close

Benedict Cumberbatch is expanding his literary excursion into television.The British actor will portray a playboy in Melrose, a limited five-episode Showtime series adapted from the Edward St. Aubyn novels, the pay-cable network announced Tuesday. No airdate... 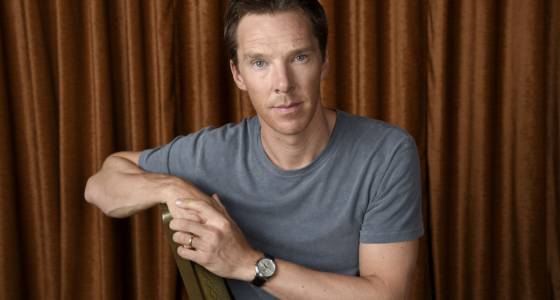 Benedict Cumberbatch is expanding his literary excursion into television.

The British actor will portray a playboy in Melrose, a limited five-episode Showtime series adapted from the Edward St. Aubyn novels, the pay-cable network announced Tuesday. No airdate has been set.

That comes after Cumberbatch, who has gained a big TV following playing Arthur Conan Doyle’s Sherlock Holmes, signed on to play a children’s book writer in the PBS movie, The Child in Time, based on Ian McEwan’s novel.

In Melrose, Cumberbatch will play Patrick Melrose, “an aristocratic and outrageously funny playboy who struggles to overcome the damage inflicted by a horribly abusive father and the mother who tacitly condoned the behaviour,” Showtime says.

Melrose, a series of semi-autobiographical novels, will jump from the south of France in the 1960s to New York in the 1980s to Great Britain in the early 2000s. David Nicholls is adapting the books for TV; Cumberbatch is among the executive producers.

The series, which will devote an hour to each of the five novels, “hilariously skewers the upper class as it tracks the protagonist’s harrowing odyssey from a deeply traumatic childhood through adult substance abuse and, ultimately, toward recovery,” Showtime says.

Cumberbatch, who also starred on the big screen in The Imitation Game and 12 Years a Slave, had previously expressed interest in Patrick Melrose, telling participants in a Reddit Q&A that if he could play any literary character, he would choose him.

“We are delighted to be part of this incredible series,” Cumberbatch and fellow executive producer Adam Ackland said in a statement. “We have been huge fans of these books for many years and David Nicholls adaptations are extraordinary.”