Beatlemania hit Oregon (again) 30 years ago, thanks to the promise of music 'immortality'

When Keith Klippstein headed out to buy some Beatles albums on a crisp February day in 1987, the stress quickly got to him. "I figured I'd be OK, that I'd be able to hold out until now," he said after arriving at the Tower Records in Beaverton. "But... 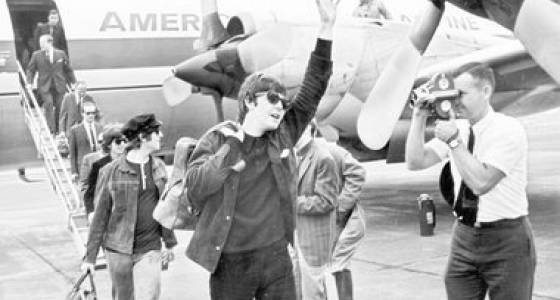 When Keith Klippstein headed out to buy some Beatles albums on a crisp February day in 1987, the stress quickly got to him.

"I figured I'd be OK, that I'd be able to hold out until now," he said after arriving at the Tower Records in Beaverton. "But driving over here, I started to panic out. I was screaming at traffic to get out of the way at every red light."

Why the emotional turmoil? This was, let's remember, 17 years after the legendary Liverpudlians had shut down their band. There was no new Fab Four music on offer. John Lennon, the Beatles' acerbic leader, had been dead for half a decade.

But Klippstein had good reason to panic. Record stores everywhere expected to sell out of their Beatles stock quickly.

That's because 30 years ago this week, Beatles music finally became available on compact disc, offering, as The Oregonian put it, "the promise of never developing scratches, static or pop" -- that is, promising "immortality" for your music collection.

"As big as everyone thought it would be, I think it's going to be even bigger," Capitol Records promotions manager Stan Foreman said at the time.

"The response has been absolutely phenomenal," offered Don MacLeod, the owner of Portland's Music Millennium.

Of course, it wasn't just that the Beatles were a worldwide phenomenon whose myth and popularity had only grown since their 1970 split. There were plenty of music fans in Oregon who had vivid memories of seeing the band live right here in Portland.

The Beatles played Memorial Coliseum on Aug. 22, 1965. (Check out the photo gallery above.) Thousands of Oregonians -- most of them teen girls, it seemed -- screamed in joy and wonderment and shock throughout the concert. The beginning of The Oregonian's report the next day tried to capture the noise coming from the audience: "eeeeeeeeeeeeeEEEEEEEEEE! ..."

As expected during the short performance, "shrieking, crying girls" occasionally tried to fake out the police officers in front of the stage so they could hurl themselves at the musicians. Still, "Portland nice" prevailed. Fans actually wanted to hear the music.

"This is the most orderly crowd we've ever seen on either of our U.S. tours," one of the Fab Four said after the performance. (John Painter Jr., The Oregonian reporter covering the event, apparently couldn't tell John or Paul from George or Ringo.) What most impressed Painter about the Beatles: How quickly and surreptitiously they managed to abandon the scene once they'd finished their set. The newsman wrote: "The huge wave of girls who left the Coliseum at a dead run to try to glimpse their heroes saw nothing more than the escorting police car's red light winking in the distance."

That was then. Nearly 22 years later, Beatlemania returned to the Portland area. Needless to say, the fans didn't do quite as much shrieking and crying this time -- so long as their music store of choice still had Beatles CDs to sell them.

At the time they didn't realize that their sleek, new "no-wear" compact discs wouldn't be prized possessions forever, that a digital revolution would come along within just a few years and make CDs all-but obsolete. In 1987, the Beatles on compact disc was as good as it got. Enthused Keith Klippstein, holding up the four new Beatles CDs he'd just purchased:

"This is what I'd consider the ultimate."