The much-anticipated album, "Give Me The Future", is due to be released on February 4. 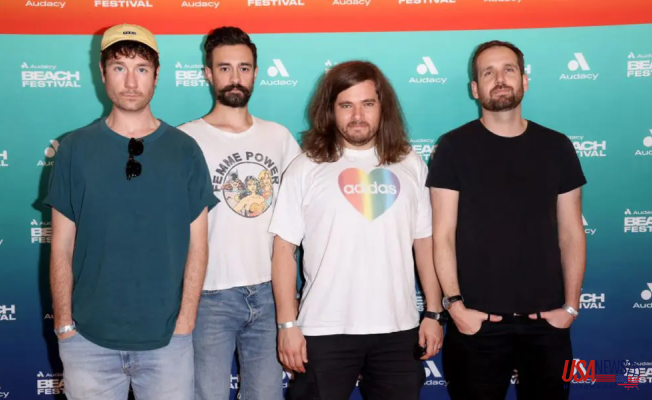 Despite the many escapes modern technology offers, nothing beats real human connection. Bastille's new single "Shut Off The Lamps" sees them stepping out of the metaverse and reclaiming the joys of real, human connection.

"Shut Off The Lights" features a catchy guitar melody and an infectious beat. It embraces 80's influences while maintaining the catchy, euphoric alt pop brilliance that has made Bastille one Britain's most popular bands. The future festival anthem is a refreshing departure from much of their album, Give Me The Future. Instead of asking us to get away from our screens and the escapism offered online to join in the unfolding events, "Shut Off The Lights, You Don't Need Them to Dance"

Dan Smith, frontman of "Shut off the Lights", says that it's about being pulled from your future-fearing anxieties and fears by the person next to you. It's about intimacy, physical connection, letting go of our future worries for a moment, and allowing ourselves to be present. It's a real and human moment that is fun in the middle of a big album. It's also a song that pays homage to Paul Simon's Graceland, and lots of other music we love. It was so fun to perform live, it made us want to dance in the studio.

The record is about the infinite possibilities of the future. It takes you on a journey from a joyride on "Thelma +Louise", which pays tribute to the feminist film, to 80's New York where Keith Haring plays the bright and whistling song "Club 57", and to a hospital in Australia to hear the hopeful and devastating "No Bad Days". Disco basslines, synth orchestras, guitars and futuristic sounds will be heard.

The title track of Give Me The Future is dedicated to Phil Collins and The Police. "Shut Off The Lights" a musical love letter to Paul Simon's Graceland, while "Stay Awake” pays homage to Quincy Jones and Daft Punk.

Bastille will be performing a series intimate outstore shows in the UK to celebrate Give Me The Future's release on February 4. This is in association with UK's independent record shops. The band will then return to arenas in April for the first leg on their 'Give Me The Future’ tour. Many dates have already been sold out. The band will then travel to the USA for dates in May/June.

Pre-order Give Me The Future

The following dates for Bastille's 2022 'Give Me The Future’ Tour are available: