CaptionCloseOKLAHOMA CITY (AP) — Oklahoma-based author Jay Cronley, whose books were made into movies starring some of Hollywood's most notable funnymen, has died at age 73.The longtime Tulsa newspaper columnist died Sunday night at his home of an... 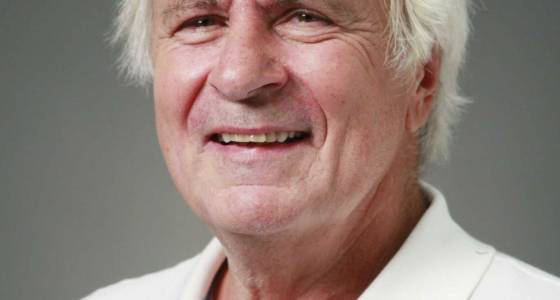 OKLAHOMA CITY (AP) — Oklahoma-based author Jay Cronley, whose books were made into movies starring some of Hollywood's most notable funnymen, has died at age 73.

The longtime Tulsa newspaper columnist died Sunday night at his home of an apparent heart attack, his daughter Samantha Noel told The Associated Press. She said he would want to be remembered for his writing, humor and creativity.

"He would find humor in the most mundane parts of life. He didn't like praise, he didn't like attention, he just liked to write and be read," Noel said.

Cronley's books included "Funny Farm," which was turned into a 1988 movie starring Chevy Chase, and "Quick Change," made into a movie starring Bill Murray in 1990.

He also wrote "Good Vibes," which was the basis for the 1989 movie "Let It Ride" starring Richard Dreyfuss as a horseplayer who couldn't lose. Cronley called Dreyfuss a great actor and praised the adaptation of his book onto the screen, saying: "I loved every second of this movie. It is the book."

In a column last January reflecting on the films, Cronley admitted that he was hesitant to watch "Funny Farm," in which New Yorkers try the rural life.

"I held my breath the first time I saw it, concerned that my favorite line from the novel would be axed. But 'Cue the deer,' ... emerged intact," he wrote.

He also noted that "Quick Change" was first turned into a French movie before Bill Murray made an American version — but "somebody changed the ending big-time." He said Murray, who co-directed the heist comedy, was funny in person.

"He became friendly with Bill Murray, and one time he came through Tulsa and stopped and they had breakfast together," Noel said. "Some Route 66 restaurant."

The Nebraska native grew up in a newspaper family: His father, John, was sports editor of The Daily Oklahoman in Oklahoma City for 35 years.

After his final Tulsa World column in March 2016, he continued a column for the newspaper in which he predicted the scores of college and professional football games under the pseudonym The Picker, which was supposed to provide anonymity.

"That was the worst kept secret in Oklahoma," Noel said. "He would get $100 in the mail from people who apparently used his picks to bet on games."

Cronley is also survived by a son-in-law, two grandsons and his "ex-wife and best friend," Connie Cronley, Noel said.