TAMPA — New York Yankees followers have found some surprises at George M. Steinbrenner Field as spring training baseball began this weekend.7 Months Ago5 Months Ago7 Months AgoThe club's spring-training home since 1996 has been renovated, reimagined and... 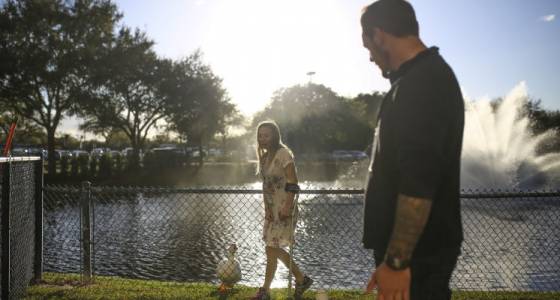 The club's spring-training home since 1996 has been renovated, reimagined and largely rebuilt.

Highlights of the new look: voluminous food options, a free-flowing 360-degree walkable jaunt around the ballpark that provides new viewing angles, more comfortable and spacious seating, bullpen clubs for all ticketed fans along both baselines, luxury areas such as cabanas in the right-field alley, cupholders at every spot and plenty of distinct vantage points for selfies.

Every seat has been replaced and now they are in distinctively bright Yankee colors, replacing the seats that had faded hues after two decades in the sun. The banks of lights are all new because their filters had yellowed and aged, causing the outfield lighting to dip below the Major-League Baseball standard.

"It has been remodeled tremendously,'' Bruno said. "But in a way, it's like the place has been entirely rebuilt. It's like we did it all over again.''

It's part of a $40-million facelift — a partnership largely between the Yankees, the Tampa Sports Authority and the state of Florida's spring-training retention program — that will keep the club training in Tampa through 2046.

"When we started this process, our building (opened as Legends Field in 1996) was 21 years old and we were extraordinarily proud of it,'' Bruno said. "It was built really well. It was maintained even better. We kept it at a higher standard than most stadiums were kept.''

But last year, it was decision time.

"We were in the last third of our (original 30-year) lease,'' Bruno said. "We could let the lease go and have to rebuild the whole stadium in 10 years. Or we could find a way to effectively modify the building and set ourselves up for the new generation of fans and their expectations.

"What we came up with basically revolved around comfort, convenience, amenities and a way to see the game in a way they had never seen it before. We think it's going to make us an extremely viable entertainment and social option for the new generation.''

Convenience is a big component. The majority of Yankee spring-training fans park in the lots at Raymond James Stadium, then take a walkaway over Dale Mabry Highway. Previously, they would go down a ramp to reach the ground level, walk to the front of the stadium, then go back up another stairway toward the main concourse.

Now, directly off the walkway, there is a main concourse beyond the right-field area that effectively changes the stadium's focal point, where fans can easily enter. One of the first things they'll see is an 8-foot-high "NY'' that is certain to be a backdrop for photographs.

The premium areas are highlighted by Loge boxes, fully shaded sections designed for corporate or personal entertainment with food and beverage services; a right-field pavilion that simulates a beachside bar and features a pre-game buffet; and a left-field deck, featuring a pre-game buffet and drinks.

"Striving for a great fan experience is a trend happening in all sports. If you're not ahead of the curve, you're not only behind but you may not be able to catch up. We think we have a cutting-edge experience that is going to showcase the game about as well as it can be showcased.''