It was an accountant's bad handoff that created the jaw-dropping chaos of the final moments of the Academy Awards on Sunday, a moment when you could see, laid bare, all of America's fissures and insecurities.The best picture snafu let us watch "La... 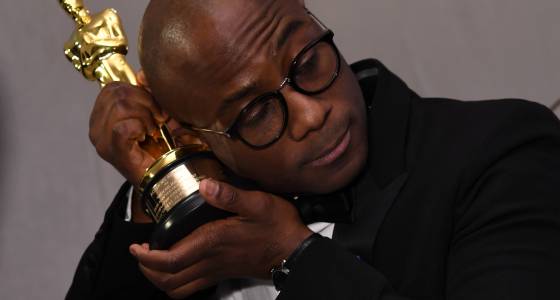 It was an accountant's bad handoff that created the jaw-dropping chaos of the final moments of the Academy Awards on Sunday, a moment when you could see, laid bare, all of America's fissures and insecurities.

The best picture snafu let us watch "La La Land," a movie that embodied traditional Hollywood values with its earnest, white protagonist dreamers, its high grosses, nonpolitical romanticism and high-style homage to the movie musicals past, being swept off the stage by the artists who made "Moonlight," a movie that embodied the likely future of the entertainment industry: personal, diverse, modestly scaled, even more modestly budgeted, determined to ennoble the forgotten by telling the story rarely told.

As "La La Land" had danced with ebullient confidence through the Hollywood backlot, "Moonlight" could only walk warily through the housing projects of Miami — until Sunday night, when it was "La La Land" that did not know where to safely put its feet.

The sudden replacement of the assumed best picture winner with the real best picture winner is a perfect metaphor for this cultural moment of change; a once-in-lifetime chance to see something that had not been planned, packaged and designed to offend. Goodbye old power structure, the moment seemed to shout, stand down for the new storytellers whose triumph is now complete.

But there was complexity aplenty. You could argue that the mistake hurt "Moonlight" more than "La La Land," given that the headlines Monday morning were more interested in who did what with which envelope than the unlikely triumph of a beautiful African-American movie. Instead of getting to enjoy their moment, the "Moonlight" crew had to deal with perhaps the most awkward moment in the history of award shows. Some saw conspiracy — or, at least, further evidence of the ongoing difficulty of the struggle of black artists to tell their story and actually be heard. Who would want to win like that?

When you're talking power and privilege, you also have to consider ageism. The incident thrust two distinguished senior Americans, Warren Beatty and Faye Dunaway, into the worst kind of spotlight. Both had to defend their actions after being handed the wrong envelope. Indeed, as Beatty stalled as he realized that something seemed wrong with the card, a good portion of the audience started to wonder if his age was preventing him from fulfilling his assigned task. And that's probably why Dunaway went ahead and read the wrong name. And there were youthful armchair quarterbacks aplenty thereafter.

But who with any kind of heart, any kind of human feeling, did not watch Beatty and Dunaway and think there but for the grace of God go I? At some point, anyway. The incident pointed out how hard it is for celebrities to age — we venerate them on these occasions, but that veneration does not come with an honest appreciation of how we change as we grow older. It is instead, conditional on the honoree not actually behaving like an older person — they are expected to walk out looking and acting great. Any celebrities who admit to being old, risk finding themselves yanked away from the cards.

Who did not feel for Beatty when he said he wanted to say something, a former leader of his industry desperately trying to get control back from a host in love with irony, a host who was not born when Beatty made his first movie, "Splendor in the Grass,' directed by Elia Kazan? Beatty wanted to explain himself, as we all do, especially when we don't think we are to blame.

He was not able to avoid a headline in the New York Daily News that called him "brain dead" even though Kimmel, the nominal authority figure, could (and did) pass it all off as a joke. Beatty could have walked off into the wings. Would you have walked into the wings? Didn't think so. The older we get, the bigger the target on our backs.

Errors at award shows — and this hardly was the first — reveal the arbitrary nature of the artistic award and the absurdity of coveting them with the emotional intensity you see at the Oscars (and the Emmys, Tonys, Golden Globes and the rest). The initial reaction to the revelation that "Moonlight" was the real winner (a task that weirdly fell to Jordan Horowitz, producer of the rival movie) was that this was a joke — and such speculation continued thereafter. That's because we don't feel like we know what's true anymore. When a falsehood is corrected with a fact, our first reaction is skepticism. This is where we find ourselves — warring movies are now a metaphor for warring American points of view.

It was a reminder for the liberal Hollywood elite that a little less time spent goading the president of the United States, trying to get a reaction out of him (as host Kimmel did on Twitter), and maybe a bit more time working with the all-important envelopes was the way to go on this particular Oscar night. If you're demanding accuracy and accountability and compassion, you have to demonstrate those qualities yourself.

Horowitz, however, was gracious, direct and honest, and thus the only person in the Oscar mess to really come out well although Barry Jenkins, the great director of "Moonlight," clearly went home afterward and, as a night of adrenaline gave way to deeper contemplation, came to see what Horowitz really had done for him, and for "Moonlight."

Jenkins and Horowitz, two artists who made very good, very different movies, treating each other with respect. That's worth all the envelopes in the world.

Chris Jones is a Tribune critic.

Barefoot and breathless at the Vanity Fair Oscar bash