Gilbert Gottfried may be best known as a perpetually squinting and controversial comedian, whose raspy squawk of a voice is near-universally known from “Aladdin” (he voiced Iago the parrot) and Aflac insurance commercials (he voiced its duck mascot).You... 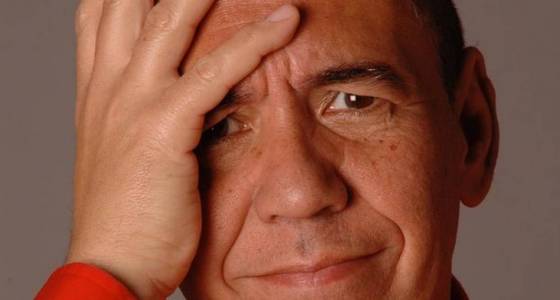 Gilbert Gottfried may be best known as a perpetually squinting and controversial comedian, whose raspy squawk of a voice is near-universally known from “Aladdin” (he voiced Iago the parrot) and Aflac insurance commercials (he voiced its duck mascot).

You may also remember him as a regular on “Hollywood Squares” and “The Celebrity Apprentice,” or movies like “Problem Child” and “Beverly Hills Cop II.”

But on top of all that, Gottfried is also a classic-movie and TV buff who co-hosts “Gilbert Gottfried’s Amazing Colossal Podcast!” (www.gilbertpodcast.com), where he champions not only stars of yesteryear like Dick Van Dyke or the cast of 1960s’ “Batman” series, but character actors who have appeared in iconic roles with little recognition.

Gottfried, who is doing a run of shows at The Comedy Zone in Charlotte this weekend, spoke to The Observer recently about his unsung heroes, introducing new generations to cult classics, and President Trump.

Q. How did the idea for a podcast that focuses on classic TV and film come up?

I’m one of those freaks – and my cohost is the same way – where you remember the names of all these old character actors and series and trivia you should be embarrassed to know about. My wife was nagging me. That the new thing is podcasts. I still don’t know what a podcast is. If you were to ask me to find my podcast, I probably couldn’t. When people ask, I say, “It’s a radio show on a computer.”

Q. That’s a good explanation. So you weren’t expecting it to take off?

I still can’t believe people are listening to it. I have so many people come up to me and say they enjoy the podcast and that shocks me. The surprise has been that these (actors) a lot of people have forgotten about or ... didn’t know in the first place – I get these tweets all the time: “I didn’t know who your guest was, but I looked them up after.” It’s a fun homework assignment for some people. Years ago, there were shows like “Fantasy Island” and “Murder, She Wrote” and “The Love Boat” – these (actors) you swore were dead would pop up on them. If you knew them, you’d think they’re back and they’re doing just as good as they always did. And if you didn’t know them, you’d think, “Who is that guy?” With the podcast, there’s a little of that, too.

Q. Has anyone surprised you?

I’m surprised they know more about something they did 50 years ago than I do about what I did last week. Bruce Dern had a scary memory. He was bringing up movies he did when he was 19 and could name the assistant director and who did the catering. I only remember stuff I shouldn’t remember.

Q. Do you have a wish list of potential guests?

The problem I have is a couple of times I’ve called the person and they’ve agreed to do it, and then they’ll die before they tape the show. I was originally going to call the show the “Before It’s Too Late Show.”

Q. You worked with Donald Trump on “The Celebrity Apprentice.” What are your thoughts on President Trump?

When his term is over, maybe the Kardashians will run the country.