the base of The Pd perplexed, many voters surprised, a river of jokes. The output of social Nicola Zingaretti has kept burning throughout the day, the lighthous 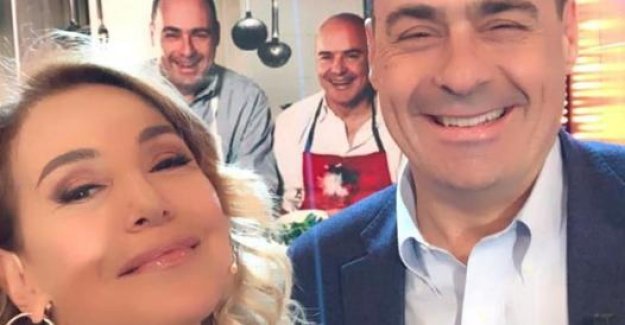 the base of The Pd perplexed, many voters surprised, a river of jokes. The output of social Nicola Zingaretti has kept burning throughout the day, the lighthouse on the secretary of the Pd for the choice — surprise — to get off the field in favor of Barbara D'urso program (Live-is Not the D'urso) should be closed early (due to low ratings). "In a program that addresses issues that are very different, they have brought the policy entry close to the people. There is no need!", tweet Zingaretti pro domo Barbara. And the comments, caustic and dejected, under the profile of the secretary does not count. There is the italianist: "This tweet is worse than the conjunctive of Di Maio". There is the exorcist: "Salvini go out of this body!". There is the computer scientist: "But you have hacked the profile?". There is the ecologist: "Praise those who make tv junk. But aren't you ashamed?". There is the nostalgic: "Imagine if Berlinguer had said the same sentence in respect of a personaggetto of those years, which I know is a Alvaro Vitali any. Images from the reaction of the members?". And then there are those who, like Luca Bizzarri is the comedian of the profession and the lay two in one go: "sometimes, in the use of social media, I consider Carlo Calenda".

in Short, it seems the fulfillment of the prophecy of Nanni Moretti, desperate to find a secretary who said something to the left. Or to say at least something... The tweet is commented throughout the day, first in trend for several hours, you will see a photo (reported by Gisella Ruccia of the day) Carlo Guarino, the social media manager of Zingaretti, smiling at the sea with a group of people in the company of Barbara D'urso. That he is the inspirer or less, the face (lost) is one of Zingaretti, who signed the profile. The intervention of the secretary of the Pd did not come by chance, but it comes after the news of Dagospia that had prefigured for the early closure of the Live-is Not D'urso, the Sunday evening of Channel 5: "The news will not pass unnoticed: the controversial talk show, struggling with low ratings, between 10-12% through the night, should greet the audience of Channel 5 even between the end of march and beginning of April: from the parts of Cologno Monzese the wind seems to be very much changed for some time. We would be studying a solution to avoid to pass the closure as a significant setback for Carmelita. Promoveatur ut amoveatur?". The choice, in short, it would be purely numeric: for too long, the talk is always under the media network (which is around 15% in the early evening), and many experts are asked for a long time but why continue to go on the air despite the low response Auditel.

the news of the possible closure, the same presenter wanted to refute in direct Afternoon 5 reconstructions bounces on social: "The sites say and write things that aren't true, the jokes, but does not tell the real truth just to write a little bit of naughtiness". The numbers, however, are the ones, and the tweet Zingaretti seems to be the confirmation that the program will close in advance. To defend the presenter takes the field also Imma Battle with arguments, however, out of the way, talking about "sexism". A theme, in general, the most holy), but which in this case is to raise the eyes to heaven, with a host broadcast six days a week, with three programs for years now, by the first places among the conductors who spend more time on tv.