30 seconds with James Corden: Everything’s great, but will I be able to get back over the border? | Toronto Star

Hot off the heels of a successful gig hosting the Grammy Awards last week, comedian James Corden exchanged emails with the man tasked with taking the reins Sunday night at the 89th annual Academy Awards. Did he tell Jimmy Kimmel to fall, rap, take off his... 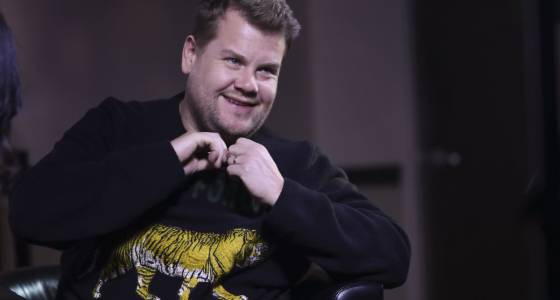 Hot off the heels of a successful gig hosting the Grammy Awards last week, comedian James Corden exchanged emails with the man tasked with taking the reins Sunday night at the 89th annual Academy Awards.

Did he tell Jimmy Kimmel to fall, rap, take off his pants?

Turns out, none of the above.

“He doesn’t need my advice,” Corden told the Star during a brief interview Saturday night.

“He’s going to be great. I just said, ‘I’m thinking about you and wishing you luck.’ ”

Corden, host of the Late Late Show and much-lauded carpool karaoke, added humbly: “I’ve only been hosting for 18 months. (Jimmy Kimmel)’s been doing it for 15 years.”

Corden made a brief stop at Mississauga’s International Centre on Saturday night to headline his first gig on Canadian soil as host of the fifth annual Laugh Out Loud comedy event in support of Trillium Health Partners, Ontario’s largest community-based acute care facility.

This year’s theme was British Invasion.

Steve Hoscheit, president and CEO of Trillium Health Partners Foundation, said Corden’s presence at the comedy event was “game changing” and that “we know he’ll feel right at home as we celebrate the best of Britain.”

The Star caught up with Corden as he chatted with the media and strode to his dressing room before the show.

The funny man, a barrel-chested Brit with a baby face, didn’t waste any time saying he’s “a big fan of Canada.”

Calling this country a “shining light in these troubled times,” he commented that he “really likes this Trudeau.”

Corden, who had former U.S first lady Michelle Obama sit shotgun in a carpool karaoke segment, where he sings hit songs with celebrity guests, didn’t talk much about U.S. President Donald Trump except to say he’s nervous about just having left the U.S as an immigrant.

“I just hope they let me back in,” Corden quipped.

He also fielded questions about carpool karaoke, a hit segment of his late late show that’s getting a spinoff of its own.

He said no one wanted to be on the bit at the start, but now he has two rules for picking guests: “They have to have a lot of hits and I have to be a fan.”

When asked about his Grammy’s performance — Corden opened the show with a spectacular, planned roll down a backlit staircase, a rap and then took off his pants in the heat of the moment after the band Twenty One Pilots accepted an award in their underwear — told reporters his favourite part of hosting was the “phenomenal snackage” provided, including M&M candies.

“Mostly,” he said. “I was just looking for snacks.”