What is the Number One Tool for Language Translation?

Language translation is a popular service that just about everyone will seek out at some point in life. From the cheeky student who just wants to say something humorous in French, to the business owner who needs to communicate with international customers and partners – language translation services are for everyone.

What are the Best Translation Services Online?

Easily the most well-known and most often used online translation service, Google Translate supports well over 100 common languages and works with a number of Google-based browsers. The fact that 90% of people or more use Google for everyday Internet searches gives it a massive edge, especially with the casual translation customer. After all, if you stumble on a strange or interesting word or phrase in another language and you just have to know what it means, Google is right there ready and willing to oblige.

Google Translate falls short on nuance, subtlety, and cultural context, but it's great for small tasks and it's a big help for travelers who just need that little linguistic push to help them find what they're looking for.

Very similar in both popularity and capabilities to Google Translate, Bing Translator is favored by many who use browser-based translators often. One of its biggest advantages is the fact that it can be used on a Windows phone, making it readily available on the home screen of those who own a Windows phone. It is one of the few tools of this kind to have a free API, which helps to save users even more time. It doesn't support as many languages as the Google service, but many users say it translates the lesser number of languages that it does support better than Google does.

By the way, this difference would be easy to test. Simply do a few small translations on Google and then do the same on Bing and see which come out more accurate.

Developed by Quest Visual, Wordlens was recently bought out by Google, which should mean that you can expect to see some Google translate features on it. Back in 2010, Wordlens surged in popularity due to the fact that it was the only online translation service that gave users camera-based, real-time translations. This gave you the ability to scan a piece of text on another screen or in the real world and get a translation of it on your device. It was enormously handy for travelers and it's still a pretty impressive feature.

Wordlens is not 100% accurate, but no automated translation service is or can be. It's now free as part of the Google translate service. If you've got your cell phone handy, why not try its camera translation? It's sure to be a hit at parties!

Reverso is a remarkable service that is currently in use by over 6 million active users. It quickly and easily translates to and from English, Spanish, German, and a number of other common languages. More interesting still is it lets you share translations on social media and email quite easily, which can be a heck of a lot of fun. It works on Android, Windows, and IOS, making it one of the most platform-flexible translation services available online.

In the translation business, having the word “Babylon” in your name is a hot property. But Babylon Translator isn't just one of the best in titles, it's also one of the best performing automated translators out there. It has glossaries and dictionaries in several common languages, and it has been perfecting its capabilities for nearly 20 years. That's longer than just about any tech-based translator out there by a mile, and it shows in the quality of the translations it provides.

As advanced and as impressive as these automated, online translation tools are, they are still far behind the quality you can get from a trained and experienced human translator. The mere fact that full-service teams of translation experts still exist is all the proof you need. When it comes right down to it, humans are the best language generators on the planet. Human translators understand the inflection, nuance, grammar, and context of words and can incorporate all of that into the translations they produce.

Computers still don't have that kind of power, and if they ever do, it will be a long, long time. If you need language translation for business purposes, you need an accurate translation. Anything less could cost you customers. Right now, the industry standard is Etcetera Language Group, Inc. They offer translation services in dozens of languages. They also do translation certification and notaries, as well as many other valuable services. 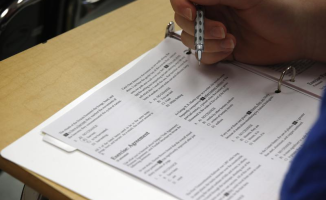 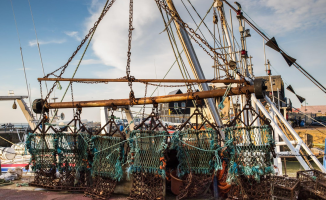