While his official duty as head of the Justice Department is to protect the civil rights of vulnerable people, President Donald Trump's Attorney General, Jeff Sessions, appears to have other priorities. His first swing out of the box this week was rescinding... 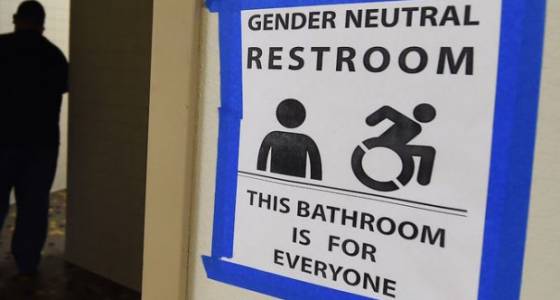 While his official duty as head of the Justice Department is to protect the civil rights of vulnerable people, President Donald Trump's Attorney General, Jeff Sessions, appears to have other priorities.

His first swing out of the box this week was rescinding federal guidelines for protecting the rights of transgendered students. This was a very public invitation to schools across the nation: Bullies, from students on up to hostile parents or teachers, should feel free to harass these kids.

Trump backed him up on it, but make no mistake: This fight is not over. The fact that the White House no longer views the equal rights of transgender students as a priority does not change the laws of this country or state.

Sessions was calling off the federal watchdogs, saying they will no longer be investigating these cases or enforcing the federal Title IX to protect transgender students. New Jersey kids are safe, because we have our own anti-discrimination statute. The danger is to kids in states like Tennessee, who are protected only by federal law.

The U.S. Supreme Court is expected to take up this issue in the spring, and settle once and for all how strong the protections for transgender students are under Title IX. But in the meantime, sensible district courts in multiple states have ordered schools to allow kids to use the bathrooms and locker rooms of the gender they identify with, without being "outed" to their peers.

This is why the Obama administration had issued these guidelines: To help schools follow the law, protect transgender students and avoid costly lawsuits. And it isn't radical stuff. New Jersey kids have been sharing bathrooms with their transgender peers like this, with very little to-do, for about a decade.

Our state has a particularly strong anti-discrimination statute, on the books since 2007, which specifically says access to restrooms should be based on a person's gender identity. A school can offer a privacy screen in a locker room or bathroom that any student can use, but it can't require this only for transgender kids, or otherwise stigmatize them.

That's the standard every school should use. Transgender students are already much more likely to report bullying and attempt suicide: As many as 30 percent report having tried to kill themselves at least once, according to a 2016 study by the Cincinnati Children's Hospital Medical Center. And they're much more likely to be victims of violence.

Now, in rescinding these guidelines, Sessions is sending the message that it's ok to discriminate, even though federal law hasn't changed. It's creating unnecessary confusion that could be costly for schools. And even worse, it says to a fragile kid: You're on your own, buddy. We won't stand with you against those who treat you like a freak.