MOUNT EPHRAIM -- A Board of Education member who came under fire for offensive, harassing Facebook posts has resigned. The board accepted the resignation of Lewis Greenwood Sr. at a meeting at the Mary Blay Elementary School Monday, moments after... 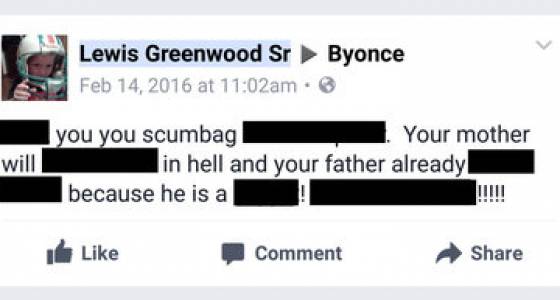 MOUNT EPHRAIM -- A Board of Education member who came under fire for offensive, harassing Facebook posts has resigned.

The board accepted the resignation of Lewis Greenwood Sr. at a meeting at the Mary Blay Elementary School Monday, moments after board President Patricia Blaylock read a statement denouncing his posts.

"These statements do not in any way reflect the collective opinions of the Mount Ephraim Board of Education, the teachers, administration or staff," Blaylock said on behalf of the board.

Greenwood, 52, was not at the meeting Monday. He is a first-term member and retired in 2015 as a lieutenant in the Camden County Sheriff's Department.

NJ Advance Media was alerted to Greenwood's public posts by an anonymous tip. The posts he made on others' pages contained homophobic slurs, sexually-graphic language, and references to racial stereotypes.

Contacted about the posts last week, Greenwood said he regrets the comments he made on other people's Facebook pages and he did not realize they were viewable by the public.

Blaylock said at the time that the board would meet with its attorney about the issue. On Monday, after going into closed session to discuss legal and personnel issues, Blaylock read the statement and the board voted to accept Greenwood's resignation.

The board's bylaws state that a vacancy must be filled by decision of the board, following advertising and interviews, within 65 days.

After the meeting, several members of the public said they felt Greenwood did the right thing by stepping down.

"It's appropriate considering the day we live in and the temperature of the times," said Carole Ann Caporaletti, a mother of a student.

Terry Grelle, a grandmother of a student, said she was surprised to see that some of the comments were made over a year ago.

"It's disappointing that we didn't know about it sooner," she said. "We should be policing our board members. They signed up for this."

Grelle said the schools serve a very diverse population of students and it would have been bad for any student to see the Facebook comments.

The pages Greenwood left rude comments on included Beyonce, Lil Wayne, Cheech and Chong, Whoopi Goldberg and the other hosts of the View, and the Occupy Democrats group.

He said the comments were directed at people who upset him, including those expressing what he felt were anti-American or anti-police sentiments.

Regarding posts on his own Facebook page, Greenwood previously said he does not feel that they are offensive. One refers to "illegal Mexicans," another appears to suggest that black protesters are looters, and another talks about "standing up against Islam" alongside images of guns.

Greenwood joins a growing list of public officials getting into trouble for things posted on social media.

Separate investigations were launched earlier this month after an Elmer police lieutenant allegedly sent a threatening message to a Massachusetts congressman and a Port Authority officer made disparaging comments on a video he shared of a protester getting punched in the face.

In January, an Atlantic County freeholder posted a photo on Facebook after the Women's March, asking if it would be over in time for them to cook dinner.