NEW BRUNSWICK -- Rutgers University stands to make more than $350,000 over the next 10 years for hosting a local TV station's powerful new weather radar system. NBC will pay Rutgers $366,844 if completes the initial 10-year pact it signed with the university... 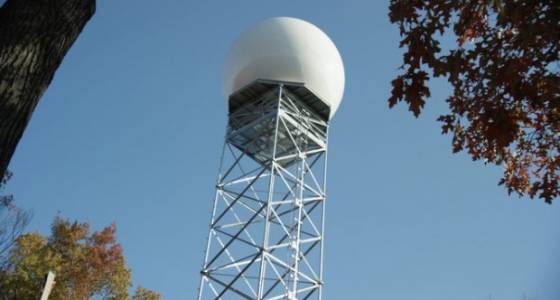 NBC will pay Rutgers $366,844 if completes the initial 10-year pact it signed with the university to host the NBC 4 New York's StormTracker 4 radar, according to a lease agreement obtained by NJ Advance Media.

The deal between Rutgers and NBC starts at $32,000 a year and the rent rises 3 percent annually. NBC has options to renew the lease after 10 years and again after 20 years.

If the deal lasts 30 years, Rutgers would receive a total of $1.5 million.

The university and the television station this month announced a partnership that brought StormTracker 4 to a tract of land at Rutgers' Cook campus.

The radar can track storms in real time directly from ground level, providing greater insight on water droplets, hail, sleet, and approaching snow. It can even analyze weather data for a precise street location, according to the station.

"There is nothing like StormTracker 4," said Janice Huff, the station's chief meteorologist.

Rutgers' meteorology students will have access to the radar imagery to develop a long-term analysis of climate trends and weather patterns. It will also be used in weather broadcasts produced by RU-TV, the student television station, according to the university.

NBC can get out of the lease at any time as long as it provides Rutgers a year notice.