The head of the California Republican Party is demanding Gov. Jerry Brown and Lt. Gov. Gavin Newsom intervene on conservative commentator Ann Coulter’s behalf with University of California, Berkeley officials.“I ask that you use your influence... 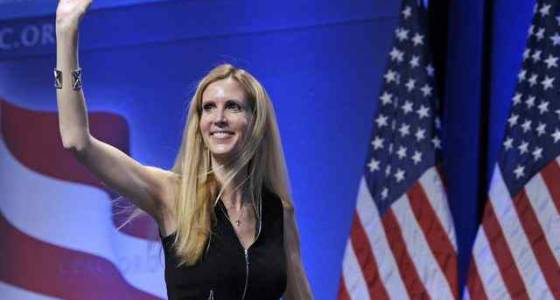 “I ask that you use your influence to ensure the free speech of conservatives at the University of California, Berkeley,” Jim Brulte’s letter, sent Friday, reads in part. “It is becoming clear that there is a developing pattern and practice of treating speakers invited by conservative student groups differently than liberal speakers on that historic university campus.”

Coulter had been scheduled to speak at the campus at the invitation of the Berkeley College Republicans on April 27 on the subject of illegal immigration. But on Wednesday, university officials cancelled the event, citing safety concerns.

“We have been unable to find a safe and suitable venue,” a letter from the university read in part. “Given current active security threats, it is not possible to assure that the event could be held successfully.”

Coulter said she would speak on campus anyway.

“No school accepting public funds can ban free speech,” she posted on Twitter.

In response, university officials said they were looking for additional, more secure campus venues beyond those where speakers usually appear.

There have been multiple instances of politically inspired violence at Berkeley in recent days, including violent protests that led to the cancellation of a planned speech by former Breitbart News editor Milo Yiannopoulos, a battle between supporters and opponents of President Donald Trump in March and another such fight on April 15.

Yiannopoulos was also invited to campus by the Berkeley College Republicans, the same group that invited Coulter. The group also invited conservative author David Horowitz, whose appearance was also cancelled earlier this month.

According to campus spokesman Dan Moguluf, campus police learned of plans to “target the appearance of Ann Coulter on campus.”

On Thursday, UC Berkeley Chancellor Nicholas B. Dirks proposed an alternate May 2 date for Coulter’s appearance, which she rejected.

“I’m speaking at Berkeley on April 27th, as I was invited to do and have a contract to do,” Coulter posted on Twitter.

In a subsequent tweet, she wrote that she is unavailable on May 2.

“My conversations with people involved with the issue inform me that there is space available on campus next week to accommodate the visit,” Brulte wrote in an email Friday night. “And Berkeley’s offer of an alternate date when most students are on break studying for finals and not on campus would be laughable if they intended it as a joke rather than a serious offer.”

Thus the request to the governor and lieutenant governor.

“UC Berkeley may not censor conservative speech simply because liberal students and off campus agitators oppose hearing conservative ideas and concepts, and the First Amendment protects the speech of all Americans,” Brulte wrote in his letter. “California taxpayers, many of whom are conservative, pay for the operation of the University of California system. I respectfully request that you use all the resources of your good offices to ensure that Ms. Coulter is given the opportunity to speak as originally planned. Anything less would be a stain on the hallmark UC campus once known as the ‘Birthplace of the Free Speech Movement.’”

Brulte has been head of the California Republican Party since 2013.