Why the talk of saving the middle class has a sadly familiar ring to it: Wells | Toronto Star

“The middle class in this country is in far worse shape than most people really have any idea. That’s the big casino, and that’s what’s going to change the course of this country.”That’s former Democrat national chairman... 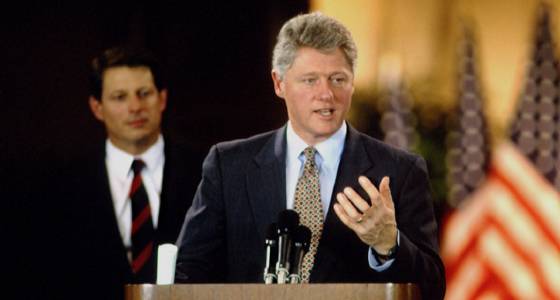 “The middle class in this country is in far worse shape than most people really have any idea. That’s the big casino, and that’s what’s going to change the course of this country.”

I throw that out there on this, the saddest of all days, by which I mean RRSP deadline day when browbeaten 30-year-olds give their piggy banks a shake and slide a few nickels into their “retirement” savings. Or not, because there are no nickels.

I think it only fair to tell the distressed masses that this discussion about the decline of the “middle class” — to which they reasonably aspire — has been ongoing for, oh, three decades. Kevin Phillips’s Boiling Point, published in 1993, is excellent on this and its twin, the rise of populist anger.

Yes, that’s the U.S. But look around you. You may be a 57-year-old reading this column. How many 30-year-olds do you know who have any degree of confidence that solid jobs, home ownership and secure retirements are in the offing? Aspiration, remember, is the keystone to consumer spending.

No, this is not about entitlement. It’s about an expectation that used to be born from healthy economies that spur job growth and offer benefits to boot. By this I mean the “sustained, inclusive economic growth” that our current federal government promises. Work hard and benefit.

I was 28 when my then-boyfriend and I purchased a home. In Toronto. We entered into that transaction with my brother and his girlfriend. By my rough math our combined early career incomes — gross — exceeded the total house price by 20 per cent. The year was 1983. I do not recall those days as being especially penny pinching. We renovated the basement.

I now look at hard-working thirtysomethings who today pull down a salary equivalent to what I pulled down then. So: wage stagnation. And a house isn’t $115,000. Home ownership has been pushed out of reach, at least in the GTA. Co-ownership has become a dinner party talking point.

On-call shift work, precarious employment, depleting health care benefits from those employers who still offer them. Pensions? We know which way that trend has gone, with the ceaseless erosion of defined benefit pension plays in favour of RRSP-type defined contribution plans, which suck.

There were tough times and tipping points. The recession of 1991 translated into zero income growth. Many who lost their jobs then were not able to replace them at equivalent income levels. The rich got richer. As Phillips notes in Boiling Point, voters in Britain and Canada told polltakers “that conservatism or conservative governments favored the rich and paid too little attention to the middle class.” The trickle-down economics argument didn’t hold water. Financialization won.

In 1992 Bill Clinton rode a wave of voter disaffection as Democratic presidential nominee. It has been a quarter century since he evoked “the absolute destruction of the middle class” as a main plank of his successful electioneering platform. And as many years since Lance Hill, executive director of the Louisiana Coalition Against Nazism, warned that “until these grievances are addressed, these white working-class and middle-class voters will turn to demagogues who offer simple explanations and simple solutions.” That was chillingly prescient.

But where’s the surprise? Populism, as Phillips noted then, is never far from the surface of U.S. politics. Internationalism, the average voter believed, pushed the American Dream out of reach and only served to reinforce rewards at the top. That was 25 years ago.

What was at stake in ’92 was the revitalization of the middle class. And here we are.

Median wages are stuck. Securing a better wage may mean switching jobs, or relocating to another city, away from family supports. The cost of living rises (food, child care). Household debt as measured against disposable income has exploded across that same quarter-century time frame to highs never seen before. Upward mobility? That doesn’t square against the facts.

Yes, the Trudeau government has taken first steps to deliver on its promises, specifically the middle class tax cut. And, who knows, maybe the next budget, due soon, will be better than the last. But today of all days — shaking that piggy bank or wondering whether to take out a loan to invest in an RRSP — is a reminder that we’ve had three decades to fix this problem. Instead of reinforcing the idea of aspiration, we have gifted to the next generation uncertainty.

If that isn’t failure, I don’t know what is.