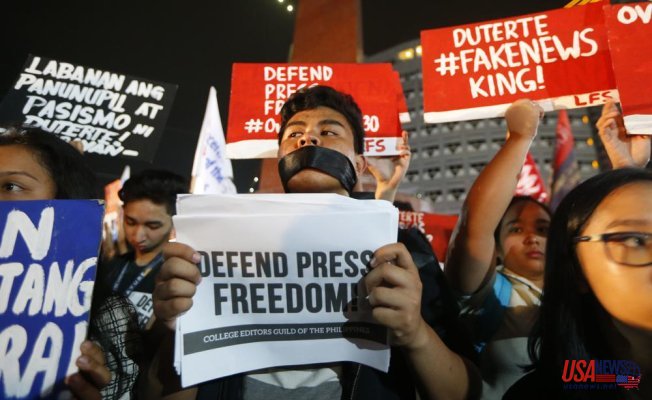 This prestigious award can also be used to send a message to dictatorial governments and leaders, that the entire world is watching.

What does the selection of two journalists Maria Ressa (58), of the Philippines, and Dmitry Muratov (59), of Russia say about freedom to express and history of dissent within the countries of 2021 peace prize recipients?

It is a fight for facts. Ressa stated Friday that journalism is activism when you are fighting for facts.

Dmitry Muratov is part a historical cycle that links him with two other Russian Nobel Peace Prize winners.

Andrei Sakharov was a prominent Soviet nuclear scientist who became a political dissident. In 1975, the Cold War had reached its peak and the Soviet Union appeared invincible.

No dissent was tolerated by the Communist leadership of the country. After becoming a Nobel laureate in 1999, Sakharov was sent to exile for his bold criticisms of the Soviet regime five years later.

Soviet leader Mikhail Gorbachev allowed Sakharov's exile to end in 1986. He went on to win 1990 Nobel Peace Prize for his efforts at ending the Cold War.

Gorbachev received international praises but was also attacked by the Communist old guard, who opposed his reforms. They also attacked democracy champions like Sakharov, who accused him being indecisive.

Muratov was the former leader who used some of his Nobel Prize money for a group Russian journalists to buy office equipment and computers for their 1993 independent newspaper. Gorbachev became the co-owner of Novaya Gazeta. Muratov served as its editor from 2015 to 2017. He returned to the position in 2019.

The publication became the country's most respected independent newspaper. It is widely acclaimed for its brave reporting on the bloody separatist conflict in the Russian republic, Chechnya, and against official corruption. The paper has been critical of the Russian President Vladimir Putin's rollbacks of post-Soviet liberties during his more than 20 years in power.

Numerous Novaya contributors and reporters were also killed. Anna Politkovskaya was the paper's top reporter. She covered Chechnya's human rights violations in a relentless fashion. On October 7, 2006, she was gunned down in her Moscow apartment building elevator.