Wal-Mart is making yet another bid to speed up its in-store shopping experience.The big-box chain is creating express lanes in its pharmacy and money services areas, in which customers will be able to use new functions in the Wal-Mart app as part... 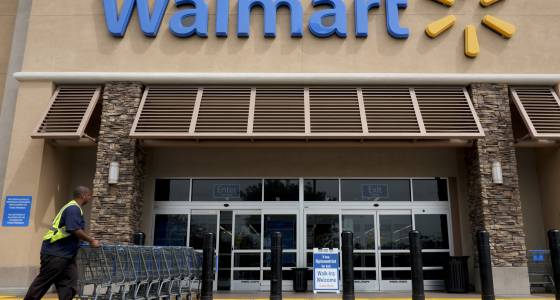 Wal-Mart is making yet another bid to speed up its in-store shopping experience.

The big-box chain is creating express lanes in its pharmacy and money services areas, in which customers will be able to use new functions in the Wal-Mart app as part of the transaction process. By allowing shoppers to do some things in the app instead of at the counter, and by letting them bypass the main queue, the theory is that they should get in and out of the store more quickly.

This move dovetails with other efforts by the nation's largest retailer to win over customers by making it less time-consuming to hit up a Wal-Mart store - an urgent mission at a moment when online shopping is changing consumers' definitions of convenience. In November and December, Wal-Mart had a special team of "holiday helpers" whose primary job was to keep lines moving quickly during the seasonal rush. The retailer is now testing "scan and go" capabilities, which would effectively let customers ring up their own purchases with their smartphones and skip the checkout line altogether.

Long lines can be a particular frustration at Wal-Mart's money services counter, executives explained to reporters Monday at a Wal-Mart store in this New York suburb. On average, they said, customers in the chain's money services areas are waiting in line for 11 minutes. At peak times, such as around the 1st or the 15th of the month, when many people receive paychecks, waits can swell to 55 or even 70 minutes.

Speeding up a visit to the money services desk could have impact for a significant share of Wal-Mart shoppers: Daniel Eckert, senior vice president of Wal-Mart Services, said about 1 in 5 customers who come into Wal-Mart stores conduct some sort of money service transaction, including cashing a check, paying a bill and so on.

In the new setup, customers can input key information directly to the app before coming to the store. This eliminates a tedious in-store process in which they filled out paperwork by hand, only to stand by as a Wal-Mart employee keyed all that information into a computer.

Similarly, in the pharmacy department, customers will be able to complete a transaction by coming to the counter, entering a PIN on their phones and then using their phones to scan a code displayed at the register. The hope is that this shortened process alleviates a key customer pain point.

"The one thing we haven't been solving as well as our customers want us to is time inside the pharmacy," said Paul Beahm, senior vice president of Wal-Mart's health and wellness operations.

The express lanes in the pharmacy and money services departments will arrive in a limited number of stores in March and should be available in almost all of the chain's 4,700 locations by fall.