Home prices grew at the fastest rate in 2.5 years in December, shrugging off higher interest rates to cap a year of robust growth.  Continue Reading Below The S&P CoreLogic Case-Shiller Indices, covering the entire nation rose 5.8% in the 12 months... 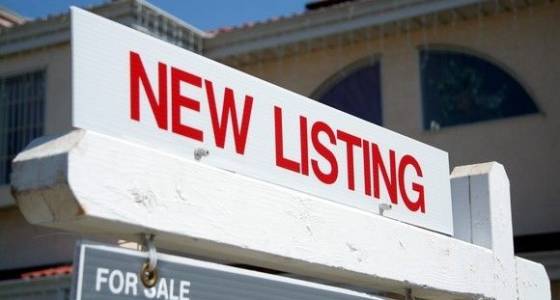 Home prices grew at the fastest rate in 2.5 years in December, shrugging off higher interest rates to cap a year of robust growth.

The S&P CoreLogic Case-Shiller Indices, covering the entire nation rose 5.8% in the 12 months ended in December, compared to a 5.6% year-over-year increase reported in November.

The increase beat the expectations of economists surveyed by The Wall Street Journal, who expected the 20-city index to rise 5.4%.

The hottest markets in the country remain concentrated in the northwest, as many buyers priced out of the Silicon Valley area flee to secondary tech hubs. Seattle led the way with a 10.8% increase, Portland reported a 10% year-over-year gain and Denver had an 8.9% annual increase in home prices.

Home prices hit a new record in September and have continued climbing by more than 5% year-over-year since then, driven by strong demand and a shortage of homes for sale. Inventory in December hit its lowest level since 1999, when the National Association of Realtors started tracking the data. The number of homes for sale was down 7.1% in January compared to a year earlier, the realtors said.

"With all 20 cities seeing prices rise over the last year, questions about whether this is a normal housing market or if prices could be heading for a fall are natural," said David Blitzer, managing director at S&P Dow Jones Indices.

While Mr. Blitzer said the rate of appreciation is much higher than the average pace of 1.3% since 1975, it still remains within a normal range. "Home prices are rising, but the speed is not alarming," he said.

As mortgage rates rise, at some point economists say the current rapid rate of home-price growth will likely slow.

Month-over-month the U.S. Index rose 0.2% in December before seasonal adjustment, while the 10-city and the 20-city index increased 0.3% from November to December.

December's numbers reflect the peak of a sharp rise in mortgage rates following the U.S. election. Average rates for 30-year fixed mortgages rose from roughly 3.5% around Election Day to 4.32% at the end of December, according to mortgage company Freddie Mac. In the past week they averaged 4.16%, Freddie Mac said last Thursday.

The housing market performed weakly in December but improved in January. Purchases of existing homes increased 3.3% in January from a month early, the National Association of Realtors said Wednesday.

Higher mortgage rates tend to put a damper on price growth because they drive up the monthly cost of a mortgage. That combined with the fact that prices have risen faster than incomes could pose challenges to the market this year.