US electric car sales up 68% in February

I know I sound like a broken record, but disruption to the oil industry's business model may be much nearer than we think. Take this latest sign, reported over at Cleantechnica:Plug-in car sales (both pure electric and plug-in hybrids) were up 68% in February... 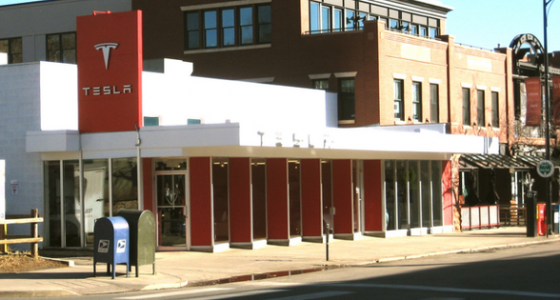 I know I sound like a broken record, but disruption to the oil industry's business model may be much nearer than we think. Take this latest sign, reported over at Cleantechnica:

Plug-in car sales (both pure electric and plug-in hybrids) were up 68% in February compared to the same month a year earlier.

That's a pretty impressive figure. And it's made all the more so by the fact that most of the offerings currently available are either priced high, or have a limited range compared to what gas drivers are used to. (The two highest selling models were the Tesla Model S and the Tesla Model X.) Meanwhile the Chevy Bolt production is just ramping up, the Tesla Model 3 isn't expected oil the end of the year, and other appeal-broadening plug-in offerings like the first plug-in minivan are due to be hitting dealerships soon.

In other words, plug-in cars are seeing a 68% growth rate even with their hands tied firmly behind their backs. Given the number of people who now ask me about my used Nissan Leaf—or tell me that they're not buying another car until they can afford to go electric—anecdotal evidence would suggest that there's a heck of a lot of pent up demand too. And this appears to be a global phenomenon. In the UK, plug-in car sales recently reached 4.2% of new car sales. In Norway, they just hit 37%!

Of course, a switch from gas cars to electric cars still leaves many of the ills of car-centric development firmly in place. So alongside electrification, we need to see mass transit investment. We need to see scaling up of bike and pedestrian infrastructure. We need to see smart, livable cities. And we probably need to learn to travel less too. China's impressive figure of 20% electric for new bus sales is a sign that progress is happening on these fronts too.

Non-oil dependent development will be a whole lot easier when the oil lobby is taken down a peg or too. And the rise of the electric vehicle may mean that time is just around the corner.