Ty Fahner to step down as Civic Committee head; ex-Obama appointee is successor

After five years at the helm of the Commercial Club of Chicago and the Civic Committee, Ty Fahner is stepping down from his role as president.Replacing him will be Kelly R. Welsh, fresh off a stint in Washington as general counsel at the U.S. Department of... 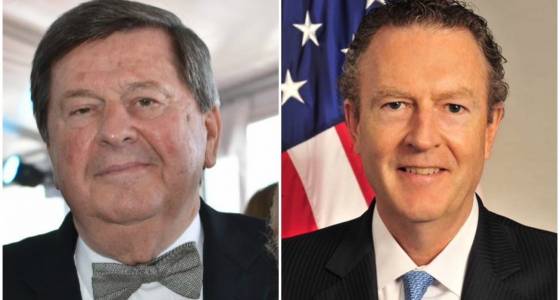 After five years at the helm of the Commercial Club of Chicago and the Civic Committee, Ty Fahner is stepping down from his role as president.

Replacing him will be Kelly R. Welsh, fresh off a stint in Washington as general counsel at the U.S. Department of Commerce. He will take over April 1.

Fahner, a partner at Mayer Brown, said he plans to remain involved in the committee and keep practicing law, but he's 74 and wants to spend more time with his eight grandchildren.

"I'm interested in transportation, (and) we're going to have a major initiative in terms of some of the stuff involving tax policies for the state, so I'll do all that stuff, but I'll do it at my own speed," said Fahner, who was Illinois attorney general in the early 1980s.

It spearheads initiatives such as education reform and the modernization of O'Hare International Airport. It also recently created a campaign called LOL Illinois, or Land of Lincoln Illinois, meant to put pressure on state leaders to act on a budget plan.

Welsh, 64, who worked with Fahner at Mayer Brown when he was fresh out of law school, said he plans to continue advancing the Civic Committee's initiatives.

Former President Barack Obama nominated Welsh for the Commerce Department position in October 2013. Welsh previously served as corporation counsel for the city of Chicago and held the role of executive vice president and general counsel at Northern Trust and Ameritech Corp.

Welsh is connected on both sides of the aisle politically and has broad perspective on civic issues, Waddell said.

"Given the kinds of issues the Civic Committee takes on, which tend to be the bigger, tougher issues where compromise (is needed) and sort of where government and business intersect, it's helpful to have somebody who knows that playing field," he said. "Both Ty and Kelly certainly have that."