Two retailers moving in different directions have at least one thing in common: They are terrified of a border-adjusted tax.  Continue Reading Below Target Corp. and Best Buy Co., both set to report earnings this week, are among a group of retailers... 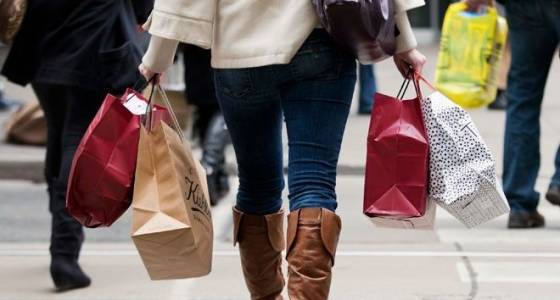 Two retailers moving in different directions have at least one thing in common: They are terrified of a border-adjusted tax.

Target Corp. and Best Buy Co., both set to report earnings this week, are among a group of retailers that sent executives to meet with President Donald Trump earlier this month, lobbying against higher taxes on imports. They are likely to speak out against Mr. Trump's plans in their respective analyst calls.

Retailers have plenty to lose should the Trump administration act on its plans, mainly because many rely substantially on imported wares. Mr. Trump, who is scheduled to speak before a joint session of Congress on Tuesday, has said the plan would operate like a tax on the trade deficit. It also could act as one on retailers, though, forcing them to raise prices and lose some customers.

That would make life even more difficult for Target. It warned last month of weaker-than-expected profits and sales during its holiday reporting period so its actual fourth-quarter results Tuesday shouldn't contain too many surprises.

Target's stock has been under pressure, posting losses over three, five and 10 years. And in the past 12 months, shares have trailed the S&P 500 by 37 percentage points. At 12 times projected earnings over the next 12 months, the multiple is cheap but might get even cheaper if a border tax is put in place.

Best Buy, which reports Wednesday, would also feel the pain. The company imports about two-thirds of its goods, with another 20% being foreign-made from domestic suppliers. RBC estimates a border tax would push Best Buy's overall tax bill to $3.8 billion from $600 million. A Best Buy spokesperson confirmed that the company has passed around a flyer to lawmakers with those projections.

That could derail a recent success story. Best Buy's operating margins have been on the upswing for the past four years, making it one of the few traditional brick-and-mortar retailers that have thrived in an environment dominated by Amazon.com Inc. Fiscal fourth-quarter same-store sales are estimated to have increased for a third consecutive quarter and its shares have risen by 40% over the past year. Best Buy shares fetch 13 times projected earnings, roughly around its average over the past three years.

No matter how well or poorly retailers are doing, they have good reason to fear Mr. Trump's plans.