It’s been 20 years since Rotman School of Management finance professor Eric Kirzner created a simple “set it and forget it” kind of portfolio for Toronto Star readers called the Easy Chair, proving a comfy spot for investors to park for... 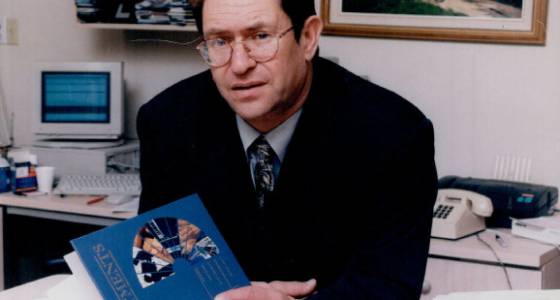 It’s been 20 years since Rotman School of Management finance professor Eric Kirzner created a simple “set it and forget it” kind of portfolio for Toronto Star readers called the Easy Chair, proving a comfy spot for investors to park for many years.

From the portfolio’s launch, Kirzner predicted an average return of 8 per cent annually, banking on the concept that so-called passive investing in market indexes was far better than picking stocks — known as active investing — which is generally riskier and involves higher fees.

“Everyone laughed — his portfolio seemed a pathetic attempt at investing,” recalled personal finance writer Alison Griffiths in a 2012 column.

But it did far better than even the mild-mannered professor thought. In its first year, his portfolio gained 13 per cent, and in 1999 it grew nearly 19 per cent.

Over the years, the Easy Chair proved it still had legs through the Asian financial crisis, the dot-com bubble, the aftermath of 9/11, accounting and banking scandals and the Eurozone mess.

Even in 2008, when stock markets tanked by nearly 40 per cent, his portfolio was only down 7 per cent for the year.

“I developed the Easy Chair in 1997. It did very, very well and then started getting a little outdated. The world has changed,” he says now.

For instance, decades ago the restrictions on RRSPs limited investors to 15 per cent foreign investment. And index funds were in their infancy, with what was then known as TIPS 35 mirroring the TSE 35 Index and SPDRs replicating the S&P 500 being the only games in town.

“You now have thousands of ETFs (exchange-traded funds) to choose from. No such thing as one size fits all,” says Kirzner, also an advisor to Canadian robo-advisor firm Wealthsimple, which invests clients’ money in a range of ETFs using the same investment philosophy.

“I’ve been in passive investing for many, many years. Active investing is really tough. Passive investors only trade when they have to,” he says. “It’s not that difficult to put together an index portfolio. It’s the way most retail investors should go. I don’t see how stock pickers can compete with indexes,” he says.

Now, he says, it’s time to slightly revamp his Easy Chair investment strategy for couch potato investors. For starters, he doesn’t think the TSX is diversified enough for growth, since it’s heavily weighted to resource and bank stocks. He says investors are better off looking further afield to international markets for better returns.

Kirzner is also dropping money market funds from the mix, recommending instead that 10 per cent of your portfolio be kept in cash in a high-interest savings account. He recommends another 30 per cent be put into an ETF of diversified bonds beyond those strictly offered by the Canadian government, which he had initially advised.

He says the rest should go into ETFs that offer a selection of internationally diversified equities, including emerging markets and EAFE (Europe, Australasia and the Far East), but also including a chunk in U.S. and Canadian ETFs.

However, he cautions you to do your homework before making your picks, because there are now so many index fund mixes to choose from.

Though some think active stock-picking is the way to go, since the goal there is to outperform traditional benchmarks, Kirzner is still a big believer in his strategy, which is essentially investing on cruise control.

“An ETF trades continuously. A mutual fund is not a continuously traded product. An ETF trades all day long on an exchange and they’re designed primarily as passive products. As a result, the expense ratio is way lower than a mutual fund. Over the long term, expenses matter — and they matter a lot,” he says.