The Toronto Stock Exchange has had a solid start to the day but U.S. indices were showing mixed signals.The S&P/TSX composite index was up a moderate 60.20 points at 15,523.71, after 90 minutes of trading. On Monday, the index fell by 69.96 points in... 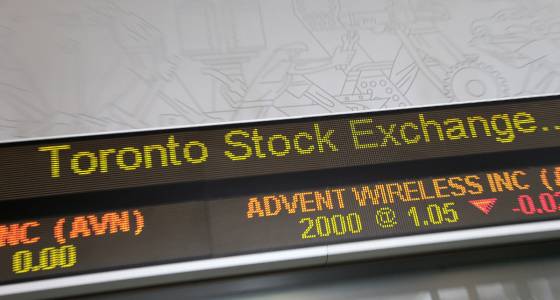 The Toronto Stock Exchange has had a solid start to the day but U.S. indices were showing mixed signals.

The April crude contract retracted 64 cents at $53.41 per barrel and April natural gas was down nine cents at $2.79 per mmBTU.