New Yorkers are already well-known dining snobs — but this is just foodie foolishness.There’s been a surge in class-action lawsuits filed in the city by persnickety Gothamites complaining about how their food is marketed — and now nearly a quarter of... 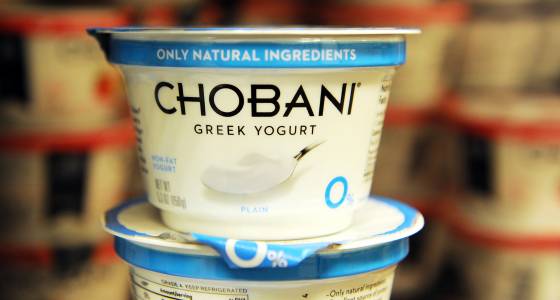 New Yorkers are already well-known dining snobs — but this is just foodie foolishness.

There’s been a surge in class-action lawsuits filed in the city by persnickety Gothamites complaining about how their food is marketed — and now nearly a quarter of all such federal cases in the country are filed in New York state, according to a new report.

Many of the lawsuits claim products are not as “natural” or “healthy” as advertised, while others allege there’s a deceptive amount of extra space in the packaging.

“The Eastern District of New York, in particular, has experienced a surge of lawsuits targeting food products over the past two years, and the Southern District is not far behind,” the report from the Institute for Legal Reform says.

The surge, particularly in Manhattan and Brooklyn, “appears to result from a few plaintiffs’ firms repeatedly filing such claims,” it contends.

The uptick in the Big Apple’s federal courts is part of a nationwide trend. Between 2015 and 2016, there were 425 active food class-action suits in federal courts, while in 2008 there were only about 20.

Twenty-two percent of all current federal cases were either filed in or transferred to New York state. Only California is more litigious when it comes to food-related class actions, as its cases account for 36 percent of the total.

“A few are so laughable that courts have quickly thrown them out,” the report says. “Some are withdrawn or dismissed, typically as a result of a private settlement. Many more are litigated for years.”

Among the current cases in New York is a class action filed by Brooklynite Tamika Daniel against Mondelez International in January, claiming the confectionery company is deceiving customers by leaving their boxes of Swedish Fish 63 percent empty.

The lawsuit argues the amount of “slack-fill,” or empty space, violates the Federal Food Drug & Cosmetic Act and the Code of Federal Regulations because it’s misleading consumers.

The institute report also points to an Oct. 2016 lawsuit in which a Hudson Valley woman sued KFC for $20 million — because her $20 “family-sized” bucket of chicken wasn’t as full as she expected.

Most of the settlements in these cases “line the pockets of lawyers, but provide little or no benefit to consumers,” the Institute for Legal Reform report argues.

“The trial lawyers are getting fat on food lawsuits — and New Yorkers are picking up the bill,” said Tom Stebbins, executive director of the Lawsuit Reform Alliance of New York.

“People may laugh when Starbucks is sued for coffee that is too hot and sued again for coffee with too much ice, but these lawsuits should give everyone indigestion. The cost of defending these lawsuits is passed directly on to consumers like us.”

The report says lawyers handling the cases argue “that they do not need to show that consumers saw, heard, or relied on the labeling or advertising at issue when deciding to purchase the product, but only that consumers might be misled.”

Kim Richman’s firm, Richman Law Group, is cited in the report as one of the New York City firms that has filed a lot of food-related class actions.

She said there are more suits because, “People’s consciousness around food has . . . been growing.

“The government in this day and age is not doing enough to protect consumers,” she said.

Two men filed a class-action suit against Greek yogurt company Chobani in June 2014, alleging the product is Turkish, not Greek — and chock-full of sugar.

Barry Stoltz, of Westchester, and Allan Chang, of Queens, said in their suit that Chobani’s sweetener, “‘evaporated cane juice’ is not ‘juice’ at all — it is nothing more than sugar dressed up to sound like a healthier sweetener.”

The suit also claimed that despite marketing itself as “America’s Top Greek Yogurt,” none of Chobani’s products are made in Greece or by Greek nationals.

“We have proudly built Chobani on being truly authentic and totally transparent, and fully stand behind our products and our craft,” the company said at the time.

Both parties eventually agreed to drop the case.

New Jersey-based cracker company John Wm. Macy was slapped with a class-action lawsuit in July 2015 by shoppers who argued its snacks weren’t actually “all natural,” as they claimed to be.

Lead plaintiff and mom Maureen Jones hired a lawyer who filed suit in Brooklyn after learning there were “synthetic materials” in the supposedly healthy snacks.

“She purchases the products for her kids,” her lawyer Joseph Lipari told The Post at the time. “She relied upon these representations assuming these were all natural.”

The FDA doesn’t prohibit use of the term “natural” on food packaging unless the product contains added color, artificial flavors or synthetic substances.

The case is still ongoing.

Last July, four New Yorkers filed a class-action suit against Barilla, the world’s leading pasta company, claiming some of its pasta boxes were being under-filled by as much as 25 percent.

They claim the Italian pasta giant uses “deceptive packaging” on its specialty lines, putting those products in the same-sized boxes used for regular noodles but filling them less.

The plaintiffs insist they were “overcharged” and suffered “out-of-pocket loss” after buying the products.

“Barilla relies on consumers’ familiarity with the box size and appearance, known due to decades of marketing, to mislead consumers into thinking they are purchasing the same quantity of pasta when, in reality, the company is filling the boxes with materially less pasta,” the lawsuit says. The case is pending.