The State of Financial Markets This Year 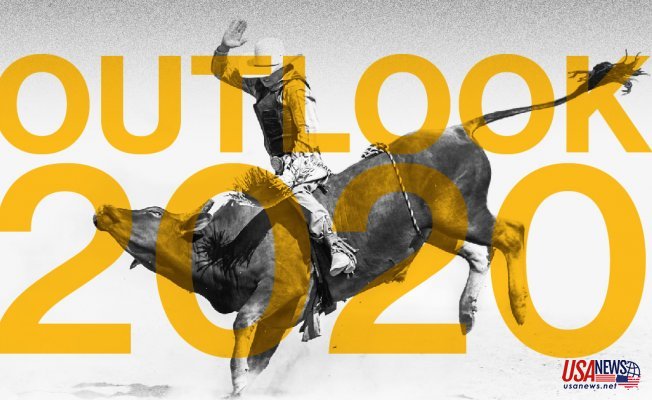 Some years it can seem like the news move so fast it's impossible to keep up with it. This year has been particularly notable. Many financial markets have expressed unprecedented volatility. However, there has also been a global health crisis that is unparalleled in modern times.

Most Newsworthy Financial Events of 2020

Are you the kind of person that likes to read economic reports this week? If so, there are plenty of newsworthy items from the past 12 months. We've selected the five most significant events over the past 12 months. That way, you can summarize and catch yourself up.

The GDP of the United States dropped an annualized rate of over 30% in the second quarter of this year. Most of this drop was due to the national lockdowns. These were in response to the coronavirus health pandemic. Businesses were forced to shut their doors. Millions of people lost jobs, Then, financial markets responded accordingly.

Gross domestic product is a measurement used by economists to tally the total value of all economic activity in a nation. It is normally reported as an annualized figure. An annualized figure represents 12 months' worth of activity. However, we get economic reports every three months. So if you see the annualized GDP number reported as 30, divide that by 4. That will give you the actual quarterly rise or fall in the GDP.

Since so many people were forced out of their work, millions of businesses have been struggling. The national lockdowns have been lifted but still, there has been a record number of debt settlement filings. These filings have been occurring in both the corporate sector and also in the private sector.

During the third quarter of the year, GDP rose at an annualized rate of over 30%. This is one of the steepest rises in annualized GDP ever recorded. It helps to show the resiliency of the economic recovery underway. Businesses have been able to open their doors. Consumers have been spending their money again.

Earlier this year, Congress passed the CARES Act. This piece of legislation was a historic stimulus bill. It put over $2 trillion dollars worth of economic stimulus into the economy. Each citizen the qualified received a $1200 check. Families received an additional $500 per child. That meant the average family received over $4000 in economic stimulus payments.

Another section of this legislation provided economic support for businesses. As long as the business qualified, they would receive forgivable loans to cover their employees' payroll.

The paycheck protection program only allowed businesses of a certain size. If you are a small business owner, economic assistance programs are available through the small business administration. These would give you up to $1000 In the form of a grant per employee. You could claim up to 10 employees for a total of $10,000. Independent contractors could even qualify and receive $1000.

As of right now, economic stimulus talks in Congress have stalled until after the election. Both sides have promised historic stimulus packages if they went. It is as of yet unknown what the results will be. We will likely need to wait several days before we know the election results since there are a record number of mail-in ballots.

In the year 2020, unemployment figures broke records. Starting in the second quarter, we had 20 weeks of unemployment numbers over 800,000 per week. Prior to this year's unemployment crisis, the previous record was only 650,000 in a week. The new record for a single week is in the millions. Some individuals have begun returning to work. However, there are still record-breaking levels of unemployment.

The Outlook of the Industry

As of right now, the future of the economy hangs in the balance. Much of the economy is dependent on government stimulus. Since we will not see the results of the stimulus talks until after the election, we all must wait.