The rich can use middle-class retirement plans to dodge taxes

Roth IRAs were created more than 20 years ago to allow middle-class workers to save money for retirement. 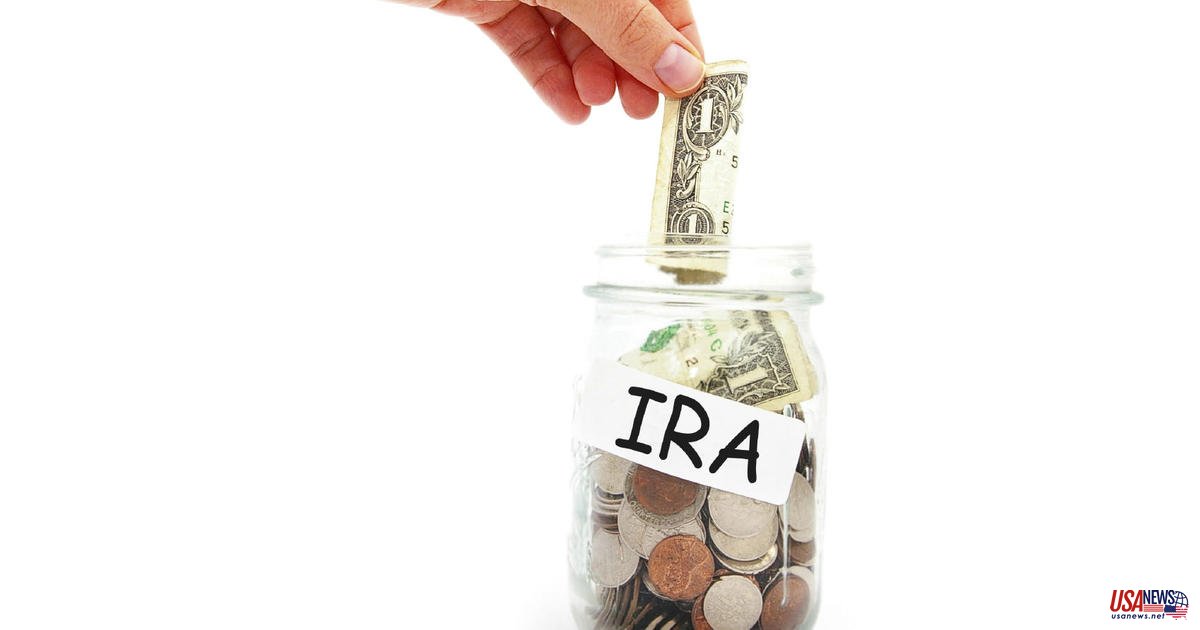 Roth IRAs were created more than 20 years ago to allow middle-class workers to save money for retirement. The Roth IRA was designed for people earning less than $95,000 in the early 1990s. They could save money and let it grow tax-free until retirement, when they could withdraw their funds without paying taxes.

"I wanted these IRAs to be available to many, many people," stated Senator William Roth, who was involved in the design of the retirement plan when Roth IRAs were launched in 1998.

Roth IRAs have been used by many millions since then. This includes some of America's most wealthy citizens. However, this is a far cry away from the retirement plan for middle-income workers. If Democratic lawmakers succeed in passing their budget reconciliation plan, this may be over. The provision would close a loophole which allows wealthy individuals to bypass the Roth IRA income limits.

While legal at the moment, critics view this strategy as a way to "beat the system to avoid taxes", said Charisse Mackenzie of Saturn Wealth, a Gilbert-based financial advisory firm.

Democratic legislators are targeting corporations and the wealthy with tax increases. This is part of their $3.5 trillion strategy to support social safety net programs. This includes tackling tax evasion and tax avoidance by the wealthy.

Roth IRA loophole permits investors to avoid taxes on investment gains that have been accrued over many years or even decades. This can be a big advantage as participants in traditional IRAs have to pay ordinary income tax on the gains they receive once they withdraw the money.

ProPublica reported recently that Peter Thiel, PayPal founder, used a Roth IRA in order to amass a $5billion fortune. According to ProPublica, Thiel will not have to pay any tax on the $5 billion he has accumulated through the Roth IRA's tax structure. He can keep it in the plan until he is 59 and a quarter in 2027.

Thiel isn’t the only rich person to tap Roth IRAs for a way to virtually eliminate taxes. According to data compiled in July by the Joint Committee on Taxation and the Government Account Office, nearly 500 taxpayers had at least $25,000,000 in Roth IRAs in 2019. This is an increase from the 300 taxpayers who had it in 2011.

The average Roth IRA saver keeps far less money than they do in their account. According to the Employee Benefit Research Institute, the average account balance is less than $49,000 and the annual contribution to Roth or traditional IRAs amounts to about $3,900.

In a July statement, Ron Wyden (a Democrat from Oregon), stated that the data "tell a tale of two tax codes". "IRAs were created to provide retirement security for middle-class families and not allow the wealthy to avoid taxes.

The Roth IRA was designed to allow for modest annual contributions from middle-income workers. According to IRS regulations, the retirement plan has income limits and contribution limits. For example, young single workers earning less than $125,000 can save up to $6,000 after-tax dollars in a Roth IRA.

Roth IRAs are highly recommended for young workers, who anticipate being in higher tax brackets with increasing income and age, because of their pay-taxes now, avoid-taxes latter feature.

How is it possible for wealthy taxpayers to stash away millions of dollars in such modest plans? This is partly due to a loophole known as the "backdoor Roth IRA."

This strategy allows people who earn more than the income threshold for Roth IRAs (about $200,000 for married couples) to gain access to the accounts. This allows investors who have a traditional IRA account to convert some of their funds to a Roth IRA.

Backdoor Roth IRA investors must pay income taxes on the money they convert into a Roth. Only after-tax money may be placed into these accounts. The assets can grow tax-free up to the time that the investors withdraw the funds, provided they do so before turning 59 and half.

Regular backdoor Roth conversions can only be made once per year for $6,000, but there is another conversation that's called a "megabackdoor" Roth. This allows people to convert up $38,500 from their 401ks into a Roth IRA. Mega-backdoor conversions are only available to employees of companies that have 401(k), according to the Wall Street Journal. The practice is allowed by between 20% and 30% of 401 (k) plans.

Backdoor Roth IRAs are a great way for wealthy investors to stash stocks like Apple and Tesla, or to save shares from pre-IPOs that could appreciate in value. It's a profitable tax strategy for high-income workers who believe that assets will appreciate or that they'll be taxed more once they reach 59 and a quarter.

Rob Cordasco (founder of Cordasco & Company, a CPA) said, "That's brilliant for tax guys like myself." "There's nothing illegal, illicit -- it's just how the law works."

These strategies are legal but they are being criticized because they allow wealthy taxpayers to build assets virtually tax-free. Thiel did not actually convert his Roth IRA backdoor. ProPublica reported that Thiel could have opened a Roth IRA because he had less than $74,000 in income the year he started his Roth IRA.

He used his Roth IRA to purchase shares of his startup, later becoming PayPal. It wasn't yet publically traded. ProPublica reports that Thiel paid $0.001 per share for 1.7 million shares. This was a sweet deal. According to ProPublica, Thiel's Roth IRA grew from $1700 to nearly $4 million in a year. This is a strategy most investors won't be able to access because they don't have special pricing or shares in private companies.

These strategies, according to some lawmakers, are a way for the wealthy to game the system and steal tax revenue from the federal government.

Two ways would the Democratic lawmakers' proposal to stop Roth IRAs being used by the wealthy are: The first is that Roth IRA conversions will be prohibited for married taxpayers earning more than $450,000 and single taxpayers making less than $400,000 starting in 2032. The "mega" Roth IRA conversion through backdoors would also be prohibited starting in January 2022.

This means that wealthy investors can use the regular Roth conversion strategy up to 2032. For example, married taxpayers earning between the Roth IRA income limits of $200,000 and $450,000 may still be able to use a backdoor convert. Roth conversions would not be available to taxpayers over $450,000.

Second, the proposal targets retirement accounts with assets exceeding $10 million. Investors who have more than $10 million in a Roth IRA or traditional IRA would need to withdraw 50% of their assets. Investors who have more than $20,000,000 would need to withdraw as much money as necessary to bring the balance down to $20 million.

These rules would not affect rare investors as only 3,600 have more than $10million in Roth or traditional IRAs, according to the Joint Committee on Taxation. The plan could prevent some wealthy investors from using this strategy if it is enacted. Experts said that it could make it more difficult for wealthy investors to use Roth conversions to save money.

Cordasco stated that the main impact of the backdoor is for people who earn between $200,000 to $1 million and are still trying to save for retirement. It could be more difficult for people like this to save money if they eliminate the backdoor strategy.