The HB2 compromise just picked up some powerful support

Business leaders in Charlotte and around the state are getting behind a bipartisan compromise bill that would repeal House Bill 2 while generally precluding cities from regulating bathroom access.On Friday, the Charlotte Chamber and the Charlotte Executive... 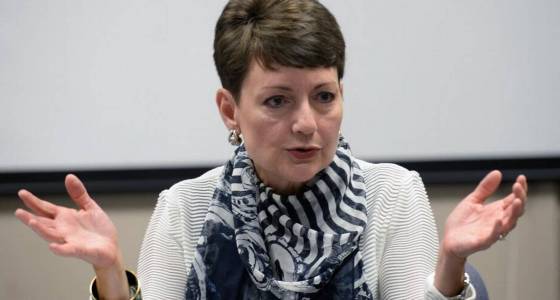 Business leaders in Charlotte and around the state are getting behind a bipartisan compromise bill that would repeal House Bill 2 while generally precluding cities from regulating bathroom access.

On Friday, the Charlotte Chamber and the Charlotte Executive Leadership Council – a group of two dozen of the city’s top executives – expressed support for House Bill 186, the proposed compromise.

“HB186 represents an opportunity to advance North Carolina’s economic well-being,” the council, led by Duke Energy CEO Lynn Good, said in a statement. “The Charlotte Executive Leadership Council stands with elected officials from both parties who continue seeking an answer through collaboration and cooperation on behalf of our entire state.”

Their support comes on top of backing by other groups including the N.C. Chamber and NAIOP North Carolina, which represents commercial real estate developers.

The measure is the latest attempt to repeal HB2, which has cost North Carolina jobs, millions of dollars in tourism revenue and sporting events including the ACC football championship and NCAA tournament games.

A deadline is reportedly fast approaching for the NCAA to determine sites for future championship events for the next six years. More than 130 N.C. cities and schools have bid for the NCAA events.

The bill, introduced Wednesday by two Republicans and two Democrats, has gained cosponsors from both sides of the aisle. Mecklenburg Republican Reps. John Bradford and Andy Dulin were joined by Charlotte Democrat Rodney Moore, though Moore said later he no longer supports the bill. GOP Reps. John Fraley of Mooresville and Craig Horn of Weddington also signed onto the bill.

The bill comes after Democratic Gov. Roy Cooper proposed his own compromise, one brushed aside from Republicans who control the General Assembly.

But HB186, co-sponsored by Rep. Chuck McGrady, a Hendersonville Republican and one of the GOP’s House leaders, is believed to have more support, even though it’s been criticized by gay rights groups and the N.C. Values Coalition, a conservative group that supports HB2.

In a statement Friday to local elected officials, Charlotte Chamber CEO Bob Morgan said he is encouraged “by the early bipartisan support for the proposed House Bill 186.” He also commended leaders “who are working to address this issue and hope for continued dialogue and collaboration to reach a solution.”

Morgan is scheduled to speak with the delegation next week.

The Charlotte Executive Leadership Council came to life in July 2015 when a group of the city’s prominent chief executives said they were getting together to tackle issues such as economic mobility and education. The group was active in pushing for changes to HB2 last summer, but avoided making public statements on the law during the General Assembly’s deliberations.

Emails obtained by the Observer in August showed how the council wrestled with whether to send the NBA a letter voicing support for keeping its 2017 All-Star Game in Charlotte. The group ultimately didn’t send the letter after the legislature made limited changes to HB2. The league said in July it was moving the game from Charlotte, and it was held last weekend in New Orleans instead.

Other business groups backing the compromise legislation include the NC Realtors trade group.

“NC Realtors commend the Legislature for its leadership on this solution and believes this compromise is reasonable and protects all citizens of North Carolina. This will continue the prosperity of our state and its economic future,” the trade group’s CEO, Andrea Bushnell, said in a statement this week.

In its statement, NAIOP North Carolina said the commercial real estate industry “has suffered millions in lost revenue from taxes, leases and fees, as dozens of economic development prospects have passed over our state because of this law,” adding that “recruiters increasingly tell our brokers that North Carolina is ‘off the list’ when it comes to company relocations.”

The group, whose members hail from Charlotte, Raleigh, Durham and the Triad, said HB186 is the best chance for repealing HB2.

Then-Gov. Pat McCrory signed HB2 into law in March to overturn a Charlotte anti-discrimination ordinance that allowed transgender individuals to use the restroom facility that matched their gender identity. HB2 requires individuals to use restrooms in government-run facilities that match the gender on their birth certificate.

“The City of Charlotte, with input from business and community leaders, has made a best faith effort to end the economic and social damage the legislature caused to our state,” Charlotte Mayor Jennifer Roberts said in a statement on her campaign Facebook page this week. “It is time for Republicans in Raleigh to do the same and stop the games by passing a clean repeal of HB2.” Staff writer Ely Portillo contributed