"The future is rising its voice": This was the dire mood at UN Meeting

The agenda was dominated by leaders from China, Costa Rica, Turkey, and the United Nations. They discussed the reasons why the world is not working as it should, and how to quickly fix it. One country's president said, "The future is speaking up for us." 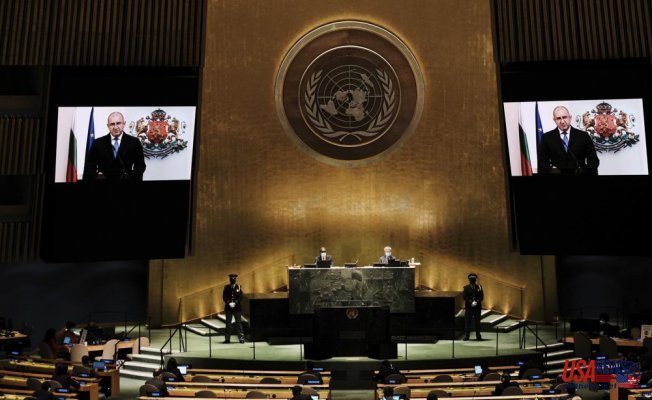 More than twenty-six world leaders attended the U.N. General Assembly's opening day on Tuesday, the first time they had seen them since the COVID-19 pandemic struck early last year. The atmosphere was dark, angry, and depressing, with speech after speech.

Xi Jinping, the Chinese President, warned that the world is entering a period "of new turbulences and transformations." Sauli Niinisto, Finland's President, stated: "We are indeed in a critical juncture." Costa Rican President Carlos Alvarado Quesada said: "The future raises its voice at us: Less militarism, more investment for peace!"

At Tuesday's start of the almost week-long meeting, speakers after speakers decried the deep divisions and inequalities that prevented global unity to end the COVID-19 pandemic which claimed nearly 4.6million lives and continues to rage, as well as the failure to adequately address the climate crisis that is threatening the planet.

Climate and COVID-19 will be top of mind for heads and governments. On Wednesday, the U.N. agenda will focus on the 20th anniversary commemoration at Durban, South Africa of the controversial U.N. World Conference Against Racism. This event was dominated in part by conflicts over the Middle East, and the legacy of slavery.

During the meeting, Israel and the U.S. walked out over a draft resolution which singled Israel out for criticism and likened Zionism and racism to racism. This provision was later dropped. According to the Conference of Presidents of Major American Jewish Organizations (CPOMAJO), twenty countries have boycotted Wednesday's commemoration. They urged other countries to "continue to fight racism and bigotry as well as anti-Semitism"

After the commemoration, the heads of state will deliver their annual addresses in the large General Assembly hall. Speakers include King Abdullah II of Jordan, Indonesian President Joko Widodo and Kenyan President Uhuru Kenyatta.

The U.N Secretary-General Antonio Guterres gave the most harsh assessment of the current global crises. He opened his State of the World address by sounding an alarm that the world "must wake up"

He stated, "Our world has never felt more threatened or divided." "We are facing the greatest crisis cascade in our lifetimes."

The secretary-general warned that "We are at the edge of an Abyss" and was moving in the wrong direction.

Guterres highlighted "supersized glaring disparities" in COVID-19. He also pointed out "climate alarm bells...ringing at fever pitch," the upheavals in Afghanistan, Ethiopia, Yemen, and beyond that are preventing peace and "a surge in mistrust and misinformation (that), is polarizing people, and paralyzing societies."