A Texas company on Monday won a court fight over its plans to look for oil at Big Cypress National Preserve, a vast wilderness that’s home to Florida panthers, black bears, alligators and other wildlife.Burnett Oil Co. plans to use seismic testing to reveal... 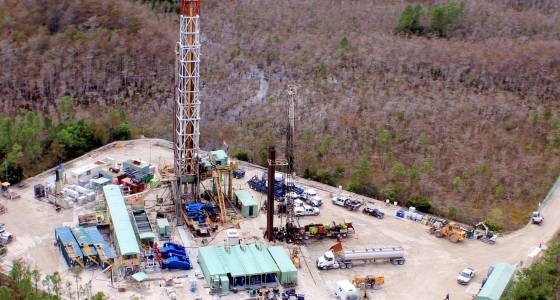 A Texas company on Monday won a court fight over its plans to look for oil at Big Cypress National Preserve, a vast wilderness that’s home to Florida panthers, black bears, alligators and other wildlife.

In a decision issued Monday, Senior U.S. District Judge John E. Steele ruled against six environmental groups that had filed suit to prevent the project, finding that an extensive federal environmental review had been sufficient to establish that the work’s impact on the preserve would be minimal, temporary and localized.

He noted that the company’s permit included dozens of actions and conditions to avoid harm to wildlife, water and vegetation. And he pointed out that the National Park Service had consulted extensively with the U.S. Fish and Wildlife Service to determine the project would have little impact on protected species, including the alligator, eastern indigo snake, red-cockaded woodpecker, wood stork and Florida panther.

“The court has found that NPS took a ‘hard look’ at the cumulative impacts and mitigation measures and was reasonable in finding no significant impacts from the survey,” he wrote.

Alison Kelly, a lawyer from the Natural Resources Defense Council, one of the organization that had sued, said work could cause significant damage to wildlife habitat.

“Burnett Oil Company and the National Park Service are overlooking the harm that exploring for oil in Big Cypress will do to the area’s precious ecosystem, including the critically endangered Florida panther,” she said.

Neal McAliley, a lawyer for Burnett, said the ruling confirmed the environmental review as sufficient to establish that the work wouldn’t harm the preserve.

“The regulatory agencies approved Burnett’s seismic survey after a lengthy review, and found that the survey will not cause significant environmental impacts and can be done consistent with protection of the Big Cypress National Preserve,” he said. “The court confirmed the agencies’ decision in a 100-page order, based on its own thorough review of the record. This is a victory for science and responsible agency decision making.”

Almost as large as all of Broward County, the 1,139-square-mile preserve encompasses cypress and pine forests, swamps and wet prairies. Located about an hour’s drive from Fort Lauderdale, it’s popular for hiking, bird watching, camping, hunting and fishing.

As part of the original agreement to create the preserve in 1974, the family of Collier County pioneer Barron Collier retained the mineral rights under the ground. Oil has been extracted from Big Cypress since the 1970s, with two oil drilling sites active today. Burnett’s plan could support a major expansion in the future.

It’s unclear when work will begin. The company referred questions on the work’s time to the National Park Service, which referred questions to a spokesman for the U.S. Department of Justice, who did not immediately respond to a message.

Matthew Schwartz, executive director of the South Florida Wildlands Association, said the current oil drilling operations have created “industrial sites” that mar the preserve and give an indication of what could follow if Burnett finds more oil.

“Putting a pad on top of the wetlands – 5, 10 or 15 acres – is completing disrupting the sheetflow, killing the vegetation beneath it, it’s disturbing the wildlife,” he said. “Then you bring in the equipment, you bring in the noise, 24-7 lighting, you bring in the chemicals that are being poured down into that hole to assist the drilling. And then the oil itself. Just building new roads to get to the pads. There’s a lot of fear about what this could do to the preserve.”