It’s all in the family.South Coast Plaza, the high-end, internationally known mega-mall in Costa Mesa, turns 50 on Wednesday. The anniversary is remarkable on many fronts, none more noteworthy than that the retailing giant has successfully navigated... 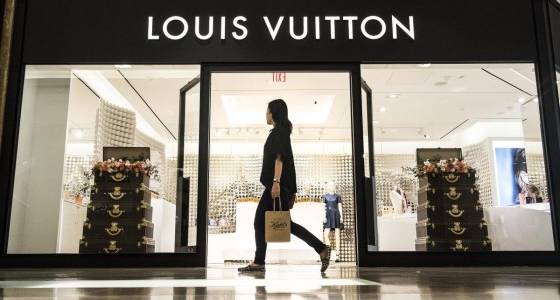 It’s all in the family.

South Coast Plaza, the high-end, internationally known mega-mall in Costa Mesa, turns 50 on Wednesday. The anniversary is remarkable on many fronts, none more noteworthy than that the retailing giant has successfully navigated the challenging shopping world still owned by the same family that tore up farmland to build what became a retailing mecca half a century ago.

In the much-challenged mall game, where shuttered stores are as much news as openings, South Coast Plaza appears to be doing as well as any other operator around. The Segerstrom family’s singular focus on just one mall is a key part of South Coast Plaza’s secret sauce.

Just ponder a list of the 20 most valuable mall operators in America, compiled by Green Street Advisors of Newport Beach. The Segerstroms rank 19th, worth an estimated $3 billion. That lofty rank is accomplished by owning just one mall. Among this top 20 list, the largest mall portfolio belongs to General Growth, with 117 malls, and Simon Property Group, with 112.

"Family ownership allows us flexibility to accomplish things that shopping centers that are part of a broader portfolio are not be able to do," says Anton Segerstrom, a South Coast Plaza partner and son of family patriarch and mall visionary Henry Segerstrom, who died two years ago. "We have one location, and we devote all of our resources to providing an incomparable shopping experience that embodies high standards of quality."

This is no cookie-cutter mall like those crafted by huge corporations running dozens of retail centers. South Coast Plaza’s unique collection of luxury shops and eclectic food options makes a visit more than simply about buying goods or a meal.

And that oddity comes from, in good part, being a private company. So there are financial secrets. All I’m told is that sales in 2016 hit a record, nearing $2 billion, and occupancy is also at an all-time high. (Green Street Advisors says occupancy at the 2.7 million-square-foot center is 96 percent). Private ownership also produces the joy of not regularly reporting to a huge flock of shareholders or being a slave to Wall Street’s fickle demands.

"Business is very strong," Segerstrom says of the financial picture. "We’re off to a strong start this year and expect that to continue. The fact that we’re celebrating our 50th anniversary is generating tremendous excitement."

He recalls working on a study of the mall’s emergence from the typical retailing mold in the late 1970s and seeing how the Segerstroms were then successfully attracting a distinct audience — broad in diversity and geography, and both spenders and window shoppers.

"It’s almost like a theme park, an adult Disneyland," Doti says. "Henry had an incredible vision to do it differently than others. And that helped put Orange County on the map. It is difficult to overestimate the impact that South Coast Plaza had on Orange County, far beyond sales numbers and sales taxes generated."

And the mall’s success challenged competitors. The Irvine Co.’s Fashion Island mall now has a prestigious A++ rating by Green Street, joining South Coast Plaza as the only Orange County centers with this industry badge of honor.

"South Coast Plaza has always been one of the world’s most popular shopping destinations, a true testimony to the Segerstrom family’s commitment to delivering an unrivaled luxury shopping experience," says retailing consultant Stacie Ellis, who previously competed against the Segerstroms as an Irvine Co. vice president of marketing. "They continually raise the bar that the rest of the retail industry respects, and tries to achieve."

That’s how Dixie Walker, a retailing expert for Cushman & Wakefield, summed up South Coast Plaza’s stature in the retail world as purveyor of top-of-the-line goods.

"They do better than just about anybody in the upper-end demographics," Walker says.

But South Coast Plaza’s much-chronicled success is not without numerous current strains.

For starters, many merchants that fill the halls of malls are in financial trouble. Online shopping has stolen sales volumes at physical stores and cut profit margins on most goods sold. Very problematic is that the so-called mall "anchor" stores — the big-name chains that are a major draw of shoppers — are in shrink mode.

Just look down the 405 freeway to the Irvine Co.’s Irvine Spectrum, where a shuttered Macy’s has been torn down and is being replaced by an esplanade of smaller shops. And South Coast Plaza has its own big challenge — its Sears, a legacy anchor, run by a company that’s retrenching amid a cash crunch.

It’s a good bet that Sears and South Coast Plaza are talking about some friendly split. In Hawaii three years ago, one mall operator bought out Sears’ space for a reported $200 million-plus.

"We have a great respect for Sears and because of that decline to speculate. We will continue to monitor their situation as the year unfolds," Segerstrom told me.

If Sears is the only challenge at South Coast Plaza, life will be easy.

Every retailer sweats the broad economic prospects. The long-running economic recovery, though modest to many folks, has greatly helped the upper crust who are prime customers of South Coast Plaza. Segerstrom doesn’t seem worried, even with numerous critics questioning the durability of the California business climate.

But today’s business climate has a political cloud. South Coast Plaza’s rise is heavily tied to a decision made decades ago to appeal to a global audience.

The mall is often filled with tourists, primarily Asian, who come to shop at boutiques that are only found at a handful of places around the globe. The attempt by President Donald Trump’s new administration to crack down on potentially problematic visitors and immigrants could harm the entire tourism trade — and South Coast Plaza.

"When investing, there’s something to be said about having a diversified portfolio. The same concept applies to our shoppers," Segerstrom says. "We work hard to position ourselves to be prepared for any changes in the market. We weathered the recession, thanks in part to our diversified domestic and international markets."

All of retailing, including South Coast Plaza, is at a crossroads.

Some of the difficulties are timeless. Consumer tastes change. Fashion styles change. But speed of change has increased.

Much of today’s retailing headaches, though, are technology making a typical trip to the store a relic. South Coast Plaza knows it must remain atypical.

"Let’s not forget that shopping is a social experience," Segerstrom says. "With the growth of e-commerce, having a distinct identity is important. Our unique mix of retailers, from luxury and fashion names to contemporary brands, is part of our identity. Maintaining that collection means working hard to anticipate changes in fashion and shopping habits and being prepared to adapt to those changes."

South Coast Plaza has been at the forefront of turning retailing from acquisition to "experience" — but today’s successful lineup is zero guarantee of future prosperity.

Think of the many retail concepts that are no longer with us or dramatically downsized. Surfwear, for example, grew from local niche gear to international mainstream clothing to, after a wave of bankruptcies, a more limited slice of the fashion pie. Smartphones were decimating the watch business — South Coast Plaza has numerous luxury watch shops — until timepieces again became a must-have fashion accessory.

So keeping any mall lineup fresh is no easy chore. But it’s hard to bet against South Coast Plaza’s eye for what’s hot.

"We have a list of retailers that are waiting for a space at South Coast Plaza, and it’s a matter of making sure we select the right ones," Segerstrom says. "Curating the right store selection is an art that we continue to refine."

And food? Imagine guessing how the palette changes. Think of farm-to-table demand for freshness. Or could you ever imagine poke seafood salads being sold on almost every street corner?

South Coast Plaza is a place where they’ll boot out McDonald’s and add an internationally renowned Asian dumpling restaurant. The latest catch is a hot ramen noodle concept — Tsujita — that will debut later this year.

"It’s an evolution," Segerstrom told me. "You’re right about dining trends coming and going. That’s why it’s important for us to be selective about concepts that we add to our collection. We always ask ourselves what a restaurant would add to our mix, how it would address our customers’ needs, how it would complement our current dining options, how stable and strong its business model is and whether the concept has longevity."

Running just one mall has its risks. Like no sister malls to smooth out financial ebbs and flows or the pain of a costly mistake. But the Segerstroms’ singular focus on South Coast Plaza appears to have given the family the flexibility to quickly morph itself in the experiential shopping genre it helped invent. That makes for a good bet that they can continue to succeed.

As Chapman’s Doti put it, as e-commerce draws even more dollars from brick-and-mortar merchants, the amenities offered will become even more important to a shopping center’s bottom line. He thinks a mall will become more a showcase for product lines rather than a selling space, and that might work well with a high-end collection of shops and boutiques like seen at South Coast Plaza.

"This actually increases the importance of the South Coast Plaza brand," Doti says. "I see a bright future if the challenges are met creatively."