NEWARK -- The shelves are stocked, the staff is prepped, and the sale prices are set. After years of anticipation, Newark's first Whole Foods supermarket will open in the redeveloped Hahne's building on Broad Street Wednesday. The opening is the... 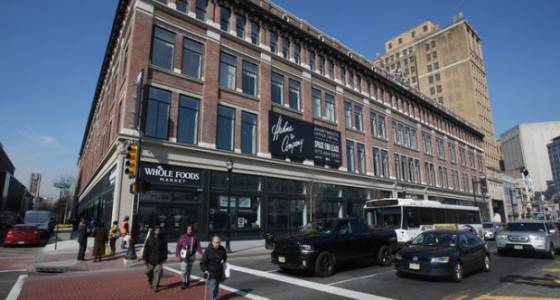 NEWARK -- The shelves are stocked, the staff is prepped, and the sale prices are set. After years of anticipation, Newark's first Whole Foods supermarket will open in the redeveloped Hahne's building on Broad Street Wednesday.

The opening is the culmination of years of planning and preparation, with politicians saying the store will be "transformative" for the city. Former Mayor Cory Booker even called the supermarket his "Holy Grail."

"This store stemmed from the idea that good, nutritious food is for everybody," Whole Foods spokesman Michael Sinatra told NJ Advance Media late last year, when the store was still under construction. Newark, which also welcomed a ShopRite in the Central Ward in 2015, had previously been referred to as a "food desert," for its lack of supermarkets.

Wednesday's opening, slated to start at 8:30 a.m., is expected to include a bread-breaking ceremony, and comments from Mayor Ras Baraka and Whole Foods executives. The Whole Cities Foundation will also award 11 healthy food access grants to Newark-based groups that it says "increase access to fresh, healthy food" in the community.

Whole Foods is the anchor of a fully-renovated Hahne's building, which celebrated its grand opening last month. The revitalized building, which laid dormant for some 30 years after the Hahne's department store closed its doors, will also be home to a Rutgers arts collaborative, City National Bank's headquarters, a new restaurant concept from celebrity chef Marcus Samuelsson, 160 apartments, and about 25,000 square feet of additional office and retail space.

The store is the 17th Whole Foods in New Jersey, and the third in Essex County.

Before doors open to shoppers at 9 a.m., see a sneak preview of the store in the photo gallery above.