Should all imports be taxed at the border?

Congressional Republicans are proposing a "border adjustment tax" (BAT), which would either put American exports on an even footing with other nations or tank the economy. It depends on who you ask. Critics say in the worst-case scenario, the... 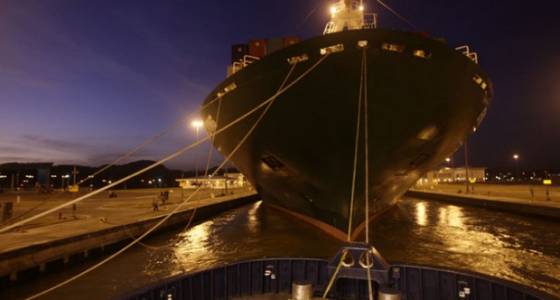 Congressional Republicans are proposing a "border adjustment tax" (BAT), which would either put American exports on an even footing with other nations or tank the economy. It depends on who you ask. Critics say in the worst-case scenario, the BAT could cause a trade war, and possibly lead to a recession or global depression. Proponents say if everything goes according to plan, American manufacturing will be more competitive as the markets adjust to the change. What do you think?

In the House Republican's tax reform plan, the border adjustments are similar to a Value Added Tax (VAT). Both foreign and domestically produced products would be taxed, but exports--things made in America that are not sold here--would be exempt from tax. Higher taxes on imports paired with lower taxes on exports will theoretically cancel each other out, as demand increases for U.S. exports (they'll be cheaper) and the U.S. will demand fewer foreign goods (since they'll be more expensive).

In theory, the BAT would be able to make American exports more competitive without any harm to the American economy.

Economists say this will result in a shift in exchange rates that will the offset taxes: In theory, the dollar will strengthen as a result of increased demand for cheaper American-made products. Then, as a result of a stronger dollar, American-made products won't be so cheap and foreign goods will become cheaper since a stronger dollar increases purchasing power--offsetting the import tax.

So, what is a border adjustment? >>

In practice, implementing a BAT would have clear negative impacts in the short term and experts doubt it will create jobs in the long run. It's more likely a BAT would hurt the American economy no matter what.

Economic theory says this won't happen, because of the dollar's flexibility. The GOP's plan does contain other sweeteners, most prominently a cut in the corporate tax rate to 20 percent and changes to how businesses deduct equipment expenses. But either way, it's hard to see how Trump wins. If Ryan's proposal works as planned, the world economy's relentless swerve toward equilibrium would make imports cheaper and erase any economic pressure to move jobs to America. And if the plan goes off the rails, the economy will likely be hit so hard that no one will be celebrating the fact that America is making stuff again.

Paul Ryan's tax plan doesn't do what Trump says it does >>

@MISTERPESTER @Forbes agree. We all scream bring jobs back to the US but no one wants to pay for it. It's worth paying for it to me.

@Forbes When they are working making money instead of being on gov, don't think they'll mind an even playing field [?]


Warren Buffett bets that a border adjustment tax won't happen. "It would be a big sales tax," he tells CNBC.

@Forbes @SteveForbesCEO with border tax, we will be paying for wall twice. 1st with taxes to build & again with higher costs of goods right?

@businessinsider It's going to destroy an already struggling retail sector, and kill small retail startups dead in the water.